What is the Bored Ape Yacht Club, the NFT collection that is getting its own movie trilogy?

What is the Bored Ape Yacht Club, the NFT collection that is getting its own movie trilogy? 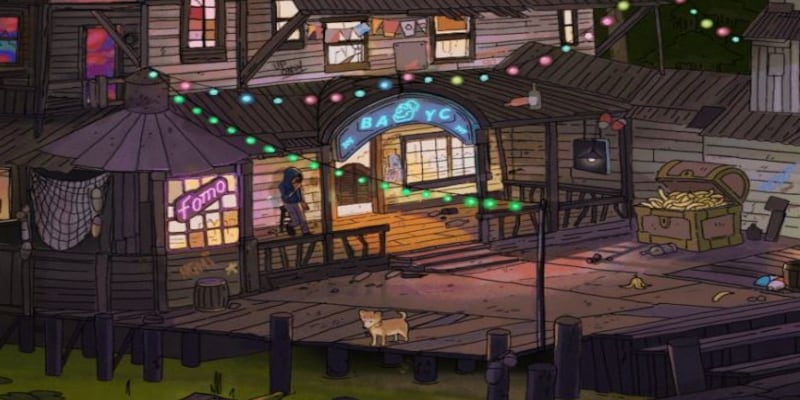 Once available at $250 per NFT, these apes have skyrocketed in price after the NFT boom in 2021. The artworks are currently worth over $300,000 each and have racked up millions of dollars through sales. BAYC buyers now include celebrities like Eminem, Snoop Dogg, Paris Hilton, Jimmy Fallon, and Steph Curry.

Launched in April 2021 by Yuga Labs, the Bored Ape Yacht Club (BAYC) is a 10,000-strong NFT collection of digital artworks. These digital artworks contain the portraits of ‘bored apes’ featuring various stylish accessories. Each bored ape is randomly minted with multiple accessory combinations. This is how a range of apes sporting different attributes came into existence. Each of these digital artworks is unique, and only one of each exists.

Once available at $250 per NFT, these apes have skyrocketed in price after the NFT boom in 2021. The artworks are currently worth over $300,000 each and have racked up millions of dollars through sales. BAYC buyers now include celebrities like Eminem, Snoop Dogg, Paris Hilton, Jimmy Fallon, and Steph Curry.
According to data pulled from CryptoSlam, BAYC sales have totalled $3.38 million in just the last 24 hours. That's a jump of 36.7 percent in one day. Due to their sheer value, the average holding period of bored ape NFTs is a mere 54 days. Since its inception, the BAYC collection has racked-up sales amounting to $1.77 billion, with trade profits reaching $459.4 million.
Also Read:
Artists, filmmakers adopt blockchain tech; songs and movies could soon be released as NFTs
Nearly a year since the launch of the BAYC collection, the NFT creator has now firmed up plans with crypto exchange Coinbase to produce a movie trilogy. "Definitely something. We’re creating an interactive three-part film featuring the (Bored Ape Yacht Club) & Apecoin communities. Come build with us
The series of films is going to be called The Degen Trilogy. In the crypto world, "degen" refers to a person who makes blind crypto purchases without doing any due diligence. The film will feature apes from the BAYC NFT collection and will be produced by Coinbase itself. However, users must possess a Coinbase wallet to access the films.
The trilogy will be set in the hustling and bustling region of Midtown Manhattan. It will also be set in a period wherein value is only measured in digital assets. Currently, the site’s landing page only shows “something is coming” followed by “probably nothing.” Once MetaMask users connect their wallets, the site allows them access to all developments and upcoming updates.
Also Read: The world’s first NFT cricket game has officially been launched, here’s all you need to know
"We’re seeing how NFTs are evolving to be vehicles of access and participation in networks, games, merchandise, and now interactive entertainment. This is a breakthrough project, and we’re excited to see how this shapes the future of Web 3 for all communities,” said Nicole Muniz, CEO of Yuga Labs.
According to revelations, the first of the three movies will be released in June 2022. It will likely coincide with the launch of Coinbase's long-overdue peer-to-peer NFT marketplace, which they announced on October 12th, 2021. "When Coinbase NFT? Soon. We recently met with 100+ creators, and we're continuing to build the product based on community feedback. We appreciate your patience and can't wait to show you what we're cooking up," Coinbase said in a tweet on March 15th, 2022.
The exchange also revealed that the debut would occur at the NYC NFT convention – an event thronged by thousands of attendees and many prominent speakers from the industry. This NFT-focused event is held every year between June 20th and June 23rd in New York City.
Also Read: Mahindra & Mahindra makes NFT debut; 1st batch of tokens based on Thar
Ape Submission:
Yuga Labs hasn’t yet publicly released the plot for the trilogy. However, according to a report by one37pm.com, current BAYC users and new entrants can submit their apes to degentrilogy.com if they wish to see their apes getting cast in the movies. Each submission must also contain a brief description of the ape’s character and a back story to support it. The submitted work will be legitimately evaluated by a Hollywood casting director, followed by shortlisting. The submission window is open till 11:30 pm today, i.e., April 13th, 2022.
Compensation:
Should an ape make it to the final selection, it will find itself a role in the movies and receive a $10,000 licensing fee in Bitcoin or ApeCoin. The license is nothing but an on-chain transaction, which will be processed and recorded on the main blockchain. The (BAYC) NFTs are built on the Ethereum blockchain but the transaction will represent the license on secondary markets as well.
"At Coinbase, we are dedicated to creating and supporting content projects that speak directly to our community and sustaining the culture of web3 innovation," said William Swann, Marketing Director of Coinbase Entertainment & Culture.
"As we aim to bring the next billion people into the crypto economy, we firmly believe that this interactive film series will act as a catalyst to serve that mission and help audiences understand the collaborative nature of web3. We’ve been inspired by the Bored Ape Yacht Club community and excited to invite them to co-create this film with us," he added.
(Edited by : Jomy Jos Pullokaran)
Check out our in-depth Market Coverage, Business News & get real-time Stock Market Updates on CNBC-TV18. Also, Watch our channels CNBC-TV18, CNBC Awaaz and CNBC Bajar Live on-the-go!