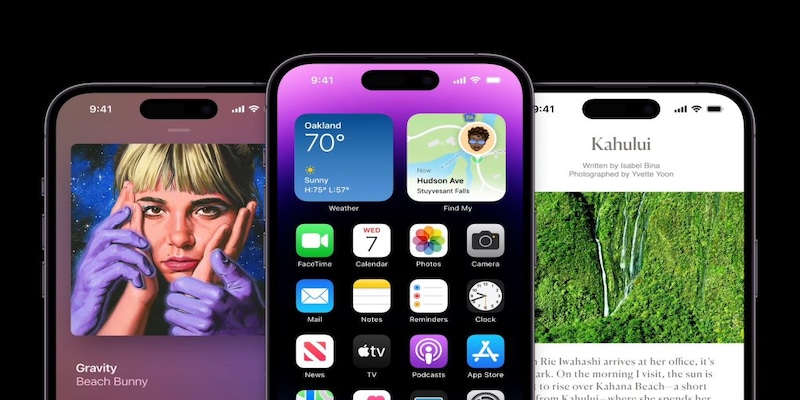 Bloomberg’s Mark Gurman predicts that the iPhone 15 will include some "bigger changes," such as a USB Type-C port instead of the Lightning Port.

For the iPhone 15 release next year, Apple might switch the current "Pro Max" label for "Ultra". Bloomberg’s Mark Gurman predicts that the iPhone 15 will include some "bigger changes," such as a USB Type-C port instead of the Lightning Port.

The Pro Max name first came with the iPhone 11 in 2019, therefore, it wouldn't be shocking to see Ultra branding added to the iPhone lineup. Apple gave the term to its M1 Ultra processor earlier this month and used it to introduce the new Watch Ultra. With the release of the iPhone 14, Apple also made a little modification to its naming convention by reintroducing the "Plus" name for the iPhone 14 Plus.
Other rumours about the iPhone 15 have also begun to circulate, despite the iPhone 14 only being a month old. Ross Young, a supply chain analyst, believes that the new Dynamic Island may become common across all iPhone 15 models, not just the Pro and Pro Max (or Ultra) variants. Additionally, there is widespread speculation that the iPhone 15 will use USB-C in place of Apple's exclusive Lightning port. Before the EU implements a regulation requiring all new phones to include USB-C connectors by fall 2024, according to Gurman, the company has already begun testing the new functionality.
After releasing the iPhone 14, Apple will release several new Macs, including improved M2 and M2 Pro Mac Minis, M2 Pro and M2 Max 14-inch and 16-inch MacBook Pros, and M2 11-inch and 12.9-inch iPad Pros, to close out the year. The corporation might not even present a keynote next month as previously anticipated introducing these products.
Gurman predicts that Apple may instead choose to introduce new goods through less eye-catching channels, including press releases, website updates, and media briefings.
Also Read: Apple's buy now pay later service might release in early 2023, says Mark Gurman
Check out our in-depth Market Coverage, Business News & get real-time Stock Market Updates on CNBC-TV18. Also, Watch our channels CNBC-TV18, CNBC Awaaz and CNBC Bajar Live on-the-go!