Union Minister for Petroleum and Natural Gas Hardeep Singh Puri on Tuesday said Saturday's central excise cut — by Rs 8 per litre for petrol and Rs 8 per litre for diesel — was not a one-time measure, hinting at other relief measures in view of fuel price inflation.

Speaking during a panel discussion moderated by CNBC-TV18's Shereen Bhan on the sidelines of the World Economic Forum's annual meeting in Davos, Switzerland, Puri said Saturday's central excise cut — by Rs 8 per litre for petrol and Rs 8 per litre for diesel — was not a one-time measure.
The discussion also involved Union Commerce Minister Piyush Goyal and Chairman of the Confederation of Indian Industry, Sanjiv Bajaj.
“For a country which imports 85 percent of its crude requirement and 50 percent of gas, clearly global prices have a major impact on India. The excise duty cut and other measures which government took on May 21 are not one-time measures. The Prime Minister has demonstrated time and time again that the government is responsive to the needs of the people, there is sensitivity," Puri said. The minister said the price of international crude oil at $110 per barrel is not sustainable in the long term.
"The fact that it is not sustainable is being seen in countries around India; in Africa and in Latin America. It is everybody’s sovereign decision how much of energy you want to put out into the market because ... if there is an equilibrium between demand and supply the price will be determined," he added.
He further said India continues to move towards green energy, and said the country cannot afford to get sidetracked by disruption in current energy sources as it transitions to the future.
Goyal, concurred, saying India is already working towards reducing its emissions by accelerating the 20 percent ethanol blending initiative by five years. He further said electric vehicle adoption will widen in the coming years. 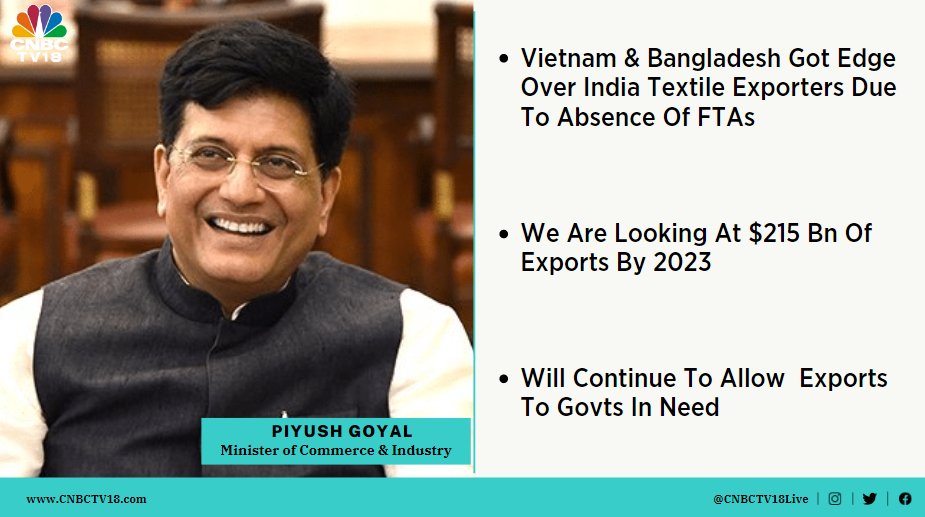 “I hope that OPEC realises that beyond a stage this (high crude prices) is counterproductive. India is converting even this crisis into an opportunity. We had a plan to blend 20 percent petrol with ethanol by 2030. Two weeks ago, we have advanced that target by five years — by 2025-2026. We are also looking at flexi fuels going right up to 100 percent ethanol-driven vehicles ... My sense is electric vehicles are now going to grow rapidly in the years to come. So OPEC members may enjoy a short term gain but it will lead to a long term fall in their demand and their prosperity," Goyal said.
India recently banned the export of wheat and Goyal said this won't really affect global markets as India was never a traditional player in the global wheat market. He assured that the common man will not feel the pain of food inflation this year, while adding that there will be a 7-8 percent drop in wheat production this year. "It will be just about sufficient for domestic consumption," he said.
Bajaj, meanwhile, said the production-linked incentive schemes offered by the government came a shot in the arm for the manufacturing sector, and said such reforms need to continue to create the next set of oportunities for India. 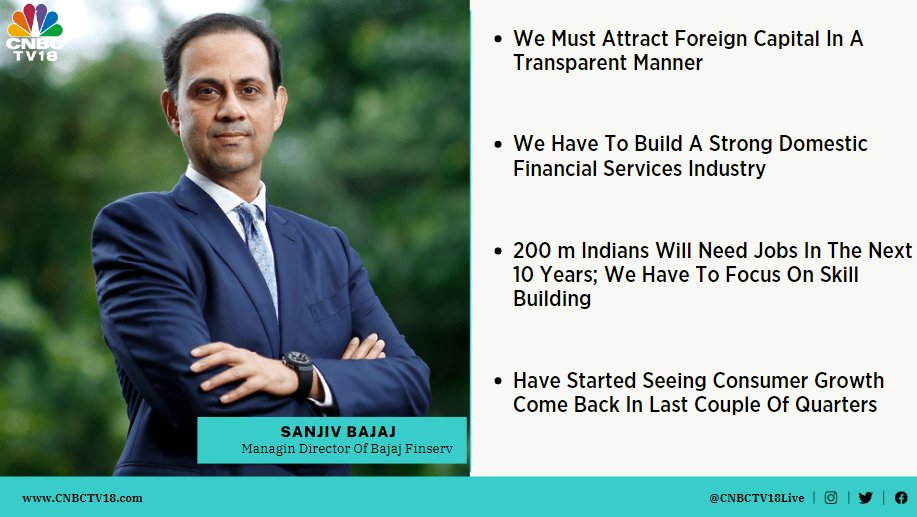 Bajaj said 20 crore Indians will need jobs in the next decade and said skill-building is the need of the hour. He also pointed to the entrepreneurship space in India and said jobseekers have now become job creators — there are 100 globally sapable businesses set up by 20-30-year-olds, Bajaj said, adding that industries are largely ready for the next investment cycle.
"The Industry needs to continue to build internal competitiveness while the government continues to build external competitiveness for the country," Bajaj said.
Click here for CNBC-TV18's on-ground coverage of the World Economic Forum's annual meeting in Davos.
Check out our in-depth Market Coverage, Business News & get real-time Stock Market Updates on CNBC-TV18. Also, Watch our channels CNBC-TV18, CNBC Awaaz and CNBC Bajar Live on-the-go!
Tags