In July this year, the OECD unemployment rate stabilised at 4.9 percent, 0.4 points below its pre-pandemic level recorded in February 2020. The unemployment rate lowest level since the start of the series in 2001.

Since the low point of the pandemic in April 2020, OECD countries have created about 66 million jobs, 9 million more than those destroyed in a few months at the onset of the pandemic.

But the latest Employment Outlook 2022 report from OECD has said that while labour markets remain tight in most OECD countries, lower global growth means slow employment growth.
The report reasoned the Russia-Ukraine war for lower global growth and higher inflation, negatively impacting business investment and private consumption. Meanwhile, it cautioned that major energy price hikes and commodity price hikes are generating a cost of living crisis.
"Tight labour market conditions mean that companies across the OECD are confronted with unprecedented labour shortages. In the European Union, almost three in ten manufacturing and service firms reported production constraints in the second quarter of 2022 due to a lack of labour," the report stated. 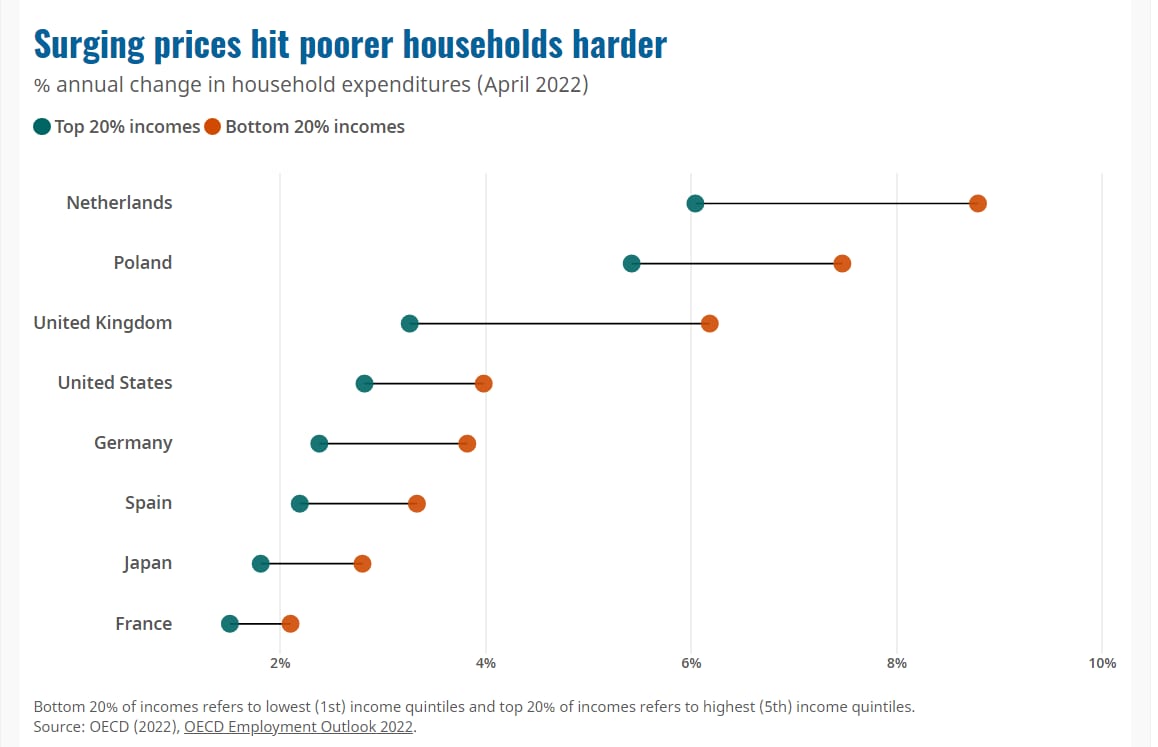 In July this year, the OECD unemployment rate stabilised at 4.9 percent, 0.4 points below its pre-pandemic level recorded in February 2020. The unemployment rate is at its lowest level since the start of the series in 2001.
The report noted that the number of unemployed workers in the OECD continued falling in July to reach 33 million, 2.4 million less than before the pandemic.
However, the unemployment rate in individual countries in July remained higher than before the pandemic in one-fifth of OECD countries. In several countries, labour force participation and employment rates are also still below pre-crisis levels.
Moreover, employment in individual countries is growing more strongly in high-pay service industries, while it remains below pre-pandemic levels in many low-pay and contact-intensive industries.
“Rising food and energy prices are taking a heavy toll, particularly on low-income households,” OECD Secretary-General Mathias Cormann said.
“Despite widespread labour shortages, real wage growth is not keeping pace with the current high inflation rates. In this context, governments should consider well-targeted, means-tested and temporary support measures. This would help cushion the impact on households and businesses most in need while limiting inflation impacts and fiscal cost of that policy support,” he added.
Also Read: India inflation likely rose in August, snapping 3-month downtrend: Reuters poll
Check out our in-depth Market Coverage, Business News & get real-time Stock Market Updates on CNBC-TV18. Also, Watch our channels CNBC-TV18, CNBC Awaaz and CNBC Bajar Live on-the-go!