Metaverse And Web3 Are Today’s Hot Topics! But What’s In The Future?

Metaverse And Web3 Are Today’s Hot Topics! But What’s In The Future? 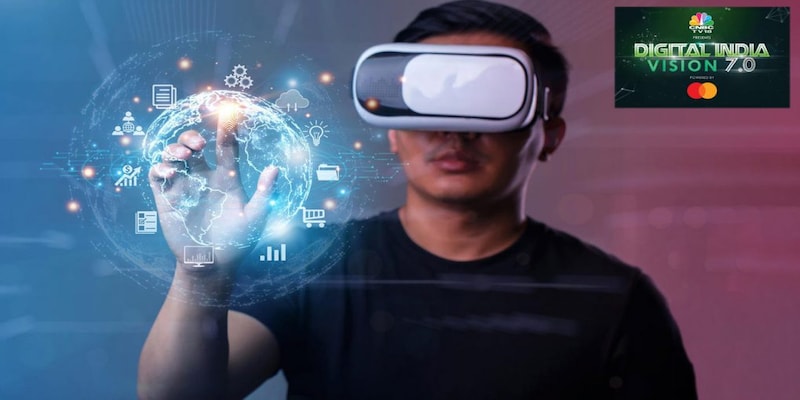 By the time we comprehend the nuance of one technology, another emerges to set new criteria. Read on to learn how we are going to accept this pace.

By the time we comprehend the nuance of one technology, another emerges to set new criteria. Read on to learn how we are going to accept this pace.

As the largest off-shoring hub, the Indian IT industry has contributed 7.4% to the nation’s GDP.

63% of the world's population uses the internet, with 90% of the world’s data generated in the last two years.

59% of respondents are optimistic that upcoming technological advancements will make our future better.

One Quick History Lesson Before Diving Into The Future

Before diving into Web3, let's have a quick recap of Web1 & Web2. In traditional terms, Web1 refers to the internet from the 90s to the early 2000s. That is exactly when blogs online message boards, and early portals began rallying on static webpages. In contrast to Web1, advancements were made in Web2, allowing platforms social media giants like Facebook and YouTube to emerge. This paved the way for users to participate in the internet culture instead of just passively reading it. Now, Web3 may have surfaced already, but we are still dominated by Web2 platforms.

The Disruption With Metaverse And Web3

In today’s marathon, disruptions are primarily Decentralized Autonomous Organizations – or DAOs – that leverage blockchain, tokenized incentives, and smart contracts to govern how the network operates and grows. But when it comes to Web3, the debate is never between centralization and decentralization. Web3 may not be fundamentally decentralized in terms of power and capital, but it certainly distributes it more evenly. This directly impacts the foundations of commercial Web3 applications – and with enough users – testing them in intense market dynamics.

The Challenges, Risks, And Uncertainties

What we need to understand is that the core concept of Web3 is as decentralized as the technology itself. This simply means that there are no ground rules on how it should operate; rather it's flexible enough to develop hybrid models. The early advancement of both Metaverse and Web3 has been hammered with too much hype, unclear definition, critique, and a tendency to represent it through Augmented Reality. Mitigating this fragmented concept will be the first step towards unfolding Metaverse and Web3, and revealing the risks inherent to this disruptive shift.

The Future Of Business And Entrepreneurship

Where Web3 is aimed to disrupt significantly are businesses and entrepreneurship. Rather than having enterprise processes running on centralized servers owned by private entities, businesses can build scalable applications whose logic and contracts and distribute across millions of blockchain nodes. While transparency and verifiability might not be immediately relevant, this immutable approach can tackle risks that entrepreneurs may not be aware of. On the other hand, since the data is immutable, the provenance and data accuracy can be easily verified in the process.

The Impact On Socio-Economic Culture

Web3 isn’t here to dethrone Web2 anytime soon. But what's unique about Web3 and the Metaverse is the infinite possibilities to develop an ideal ecosystem for experimentation, automation, and co-creation. This opportunity will generate new revenue streams for both enterprises and single-person creators while driving initiatives within the existing platforms. Virtualization has also reached a significant turning point – thanks to Metaverse – an ecosystem designed to drive hybrid and radically unique experimentations with an immersive and sensory experience for users.

The Way Forward In Tech

Amidst all the hype and criticism, it might be difficult for the general audience to seek value and weed out the risks. That’s where industry leaders come into action; adding necessary talents to execute next-generation capabilities. It's evident that Web3 and Metaverse protocols can create compelling experiences; with greater efficiency; all while addressing regulatory pressures. However, it also paves a possibility for businesses to get burdened with securing user data, reckoning with the complexity of volume, and struggling to process and churn out any actionable value.

What’s promising is that there’s so much more to understand, comprehend, and improve. Plus, there’s so much to question! What regulatory changes will now emerge? How will the use cases impact end users? How consumers will perceive it? But ultimately, this radical shift will respond to the demands of its people, to establish the foundation.