Okinawa to recall over 3,000 e-scooters after recent EV fires

Okinawa to recall over 3,000 e-scooters after recent EV fires 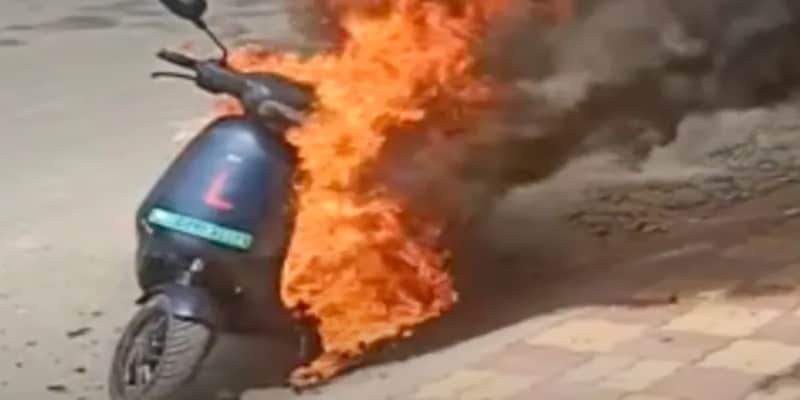 Okinawa will recall 3,215 units of Praise Pro scooters to fix any issue related to batteries with immediate effect, the electric two-wheeler maker said.

Electric two-wheeler maker Okinawa has decided to recall more than 3,000 of its scooters in the light of recent fires in electric vehicles, the company said in a statement on Saturday.

Okinawa will recall 3,215 units of Praise Pro scooters to fix any issue related to batteries with immediate effect, it said. The batteries will be checked for loose connectors or any damage and be repaired free of charge at any of the Okinawa authorized dealerships pan India, the statement added.
The move comes just days after NITI Aayog CEO Amitabh Kant exclusively told CNBC-TV18 that original equipment manufacturers (OEMs) should voluntarily recall batches of EVs that have been involved in the recent accidents.
He cited examples of similar cases with Ford, BMW, and Volvo, among others, when automakers recalled vehicles over fire risk and that helped in creating a sense of confidence in consumers.
Also Read: Ola Electric CEO Bhavish Aggarwal meets Nitin Gadkari
At least five incidents of EVs catching fire have been reported in the last two weeks.
Kant insisted that batteries of EVs need special attention as they are complex in terms of manufacturing and maintenance. "Manufacturing of cells isn't regulated... Battery management system needs to be strengthened. There has be a clear partnership between battery manufacturing and battery management," he said on Wednesday.
Currently, all lithium-ion cells are imported to India.
Kant said that India has the world's stringent testing standards and that manufacturers should ensure that all batteries are certified with them.
Also Read | EV fire incidents; experts discuss lessons for manufacturers and policymakers
He, however, assured there is nothing to panic and every transition, across the world, has had its own challenges. "As technology matures, there is learning curve of electric vehicle," Kant said.
Earlier on April 7, sources had said the government would soon call e-scooter companies Ola and Okinawa for an explanation of the recent incidents of fire in their vehicles. Technical teams of the two companies would be called after the probe by independent experts is completed, they said.
(Edited by : Kanishka Sarkar)
Check out our in-depth Market Coverage, Business News & get real-time Stock Market Updates on CNBC-TV18. Also, Watch our channels CNBC-TV18, CNBC Awaaz and CNBC Bajar Live on-the-go!