Nothing phone (1): YouTuber takes a dig at Carl Pei on Twitter

Nothing phone (1): YouTuber takes a dig at Carl Pei on Twitter 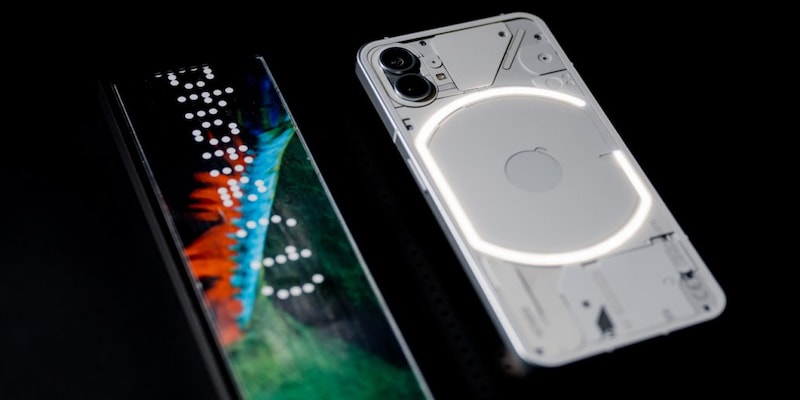 Marques Brownlee in his latest YouTube video shows off the glowing back of Nothing Phone (1) while taking a dig at Carl Pei about how OnePlus, a company co-founded by Pei, has seemingly abandoned its roots as a "flagship killer".

Marques Brownlee, a tech YouTuber who goes by MKBHD, on Tuesday uploaded a video  showing his hands-on impressions of the upcoming Nothing phone (1).

Towards the end of the video, Brownlee took a dig at Carl Pei with a veiled refefence to OnePlus, co-founded by Pei. Brownlee talked about how smartphone companies try something different to build a loyal fanbase.
“...maybe if the first run is successful enough, then they can make a slightly more broadly appealing, slightly better phone overall that sells more," Brownlee said in the video, adding, "And if that one works, then they can make an even more slightly more broadly appealing phone that sells even more, and then even more broadly appealing and even more, until you’ve made a very broadly appealing phone that sells the most but that feels like it abandoned your original fan base. Sound familiar?”
Of course it does. Brownlee, of course, was referring to OnePlus, which started off as a "flagship killer", but has since abandoned its original ethos is now another smartphone company with a wide lineup of phones.
Pei noticed the dig, and appeared to take it in stride, however. Responding to a MKBHD's tweet sharing the video, Pei said, "I see what you did there at the end."

The Nothing pohone (1) will be launched on July 12 and will sport a transparent back and support wireless charging. Going by Brownlee's video, the phone wil sport a hole-punch selfie camera on the screen, which is expected to be over g inches in size. Other specifications, while rumours, have yet to be confirmed. The phone (1) is expected to be priced around Rs 40,000, which places it in the mid-premium tier.
Also Read: Nothing phone (1) to sport LED light strips on the back for notifications
Check out our in-depth Market Coverage, Business News & get real-time Stock Market Updates on CNBC-TV18. Also, Watch our channels CNBC-TV18, CNBC Awaaz and CNBC Bajar Live on-the-go!