The Cupertino tech giant announced the third-generation iPhone SE with 5G support, the fifth-generation iPad Air with the M1 chip, and a whole new Mac Studio that sports the newly launched M1 Ultra SoC and an external monitor called the Studio Display.

Apple released a host of new features, most of which were hinted at and leaked, but still managed to pack in a surprise or two, at its (nearly) annual spring event on Tuesday. The Cupertino tech giant announced the third-generation iPhone SE with 5G support, the fifth-generation iPad Air with M1 support, and a whole new Mac Studio that sports the newly launched M1 Ultra chip and an external monitor dubbed the Studio Display.
So, what did we get right and what did we get wrong?
iPhone SE 3rd generation The third-generation iPhone SE. (Image: Apple)
This one was, in hindsight, the easiest guess to make even for the most casual industry watcher. The second-generation SE was the only iPhone in Apple's line-up that did not have 5G support and Tim Cook was happy to correct that. The 3rd-generation SE is identical to its predecessor in form factor -- they both sport the iPhone 8 chassis. However, it comes with the A15 Bionic chip that powers the iPhone 13 series, and its single, 12-megapixel lens boasts of all the computational photography upgrades from its bigger siblings.
Price: The iPhone SE 3 starts at Rs 43,900 for the 64GB variant, Rs 48,900 for the 128GB variant, and Rs 58,900 for the 256GB variant. This iPhone comes in Product Red, Midnight and Starlight finishes.
Availability: In India, the iPhone SE 3 will go up for pre-order on March 11 and be available to buy from March 18.
iPad Air 5th generation 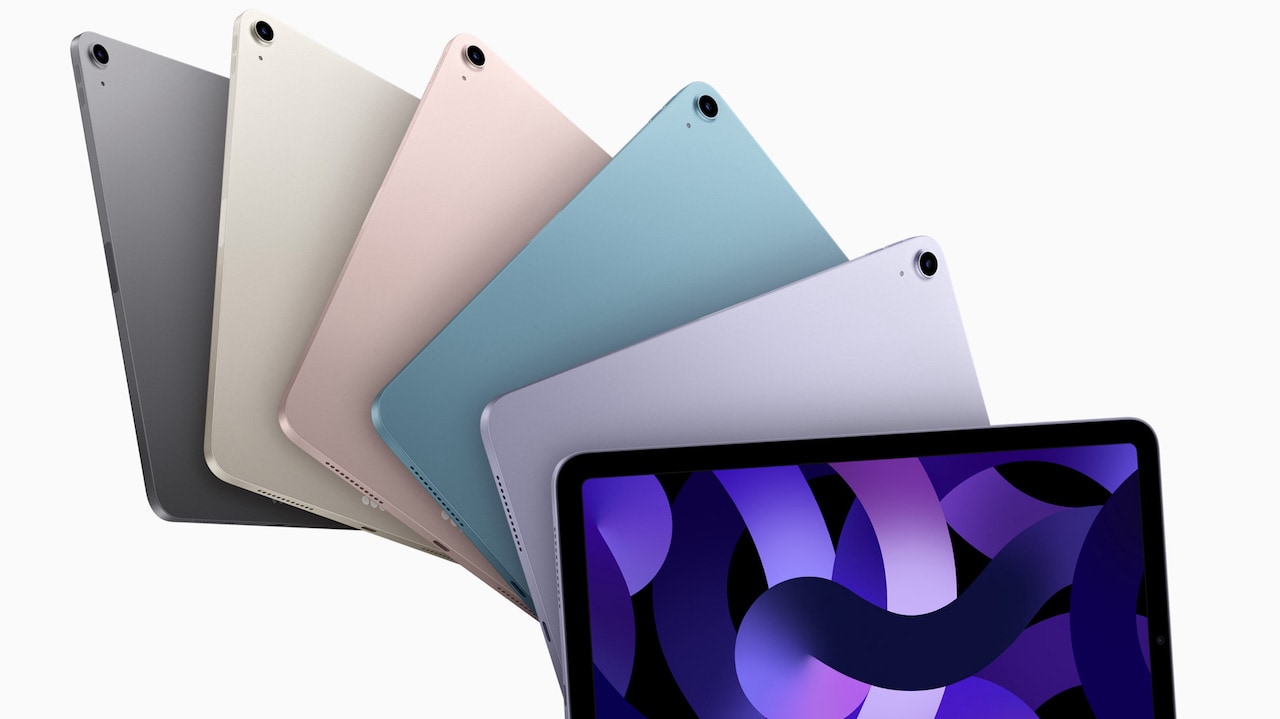 The fifth-generation iPad Air. (Image: Apple)
This was one a hit-and-miss, the hit being that a new iPad Air was indeed announced, and the miss being everything else. The new iPad Air is now surprisingly powered by the M1 chip, making it a more appealing alternative for those who wanted the M1 iPad Pro's power at a lower cast. Everything else about the new iPad Air identical to its predecessor -- Apple Pencil support, screen, et al.
Price: The iPad Air 5 starts at Rs 54,900 for the 64GB Wi-Fi variant and Rs 68,900 for the Wi-Fi+5G variant; Rs 68,900 for the 256GB model with just Wi-Fi and Rs 82,900 for the model with Wi-F1 and 5G support. The new iPad Air comes in Space Grey, Starlight, Pink, Purple, and Blue finishes.
Availability: In India, the iPad Air goes up for pre-order on March 11 and be available from March 18.
M1 Ultra 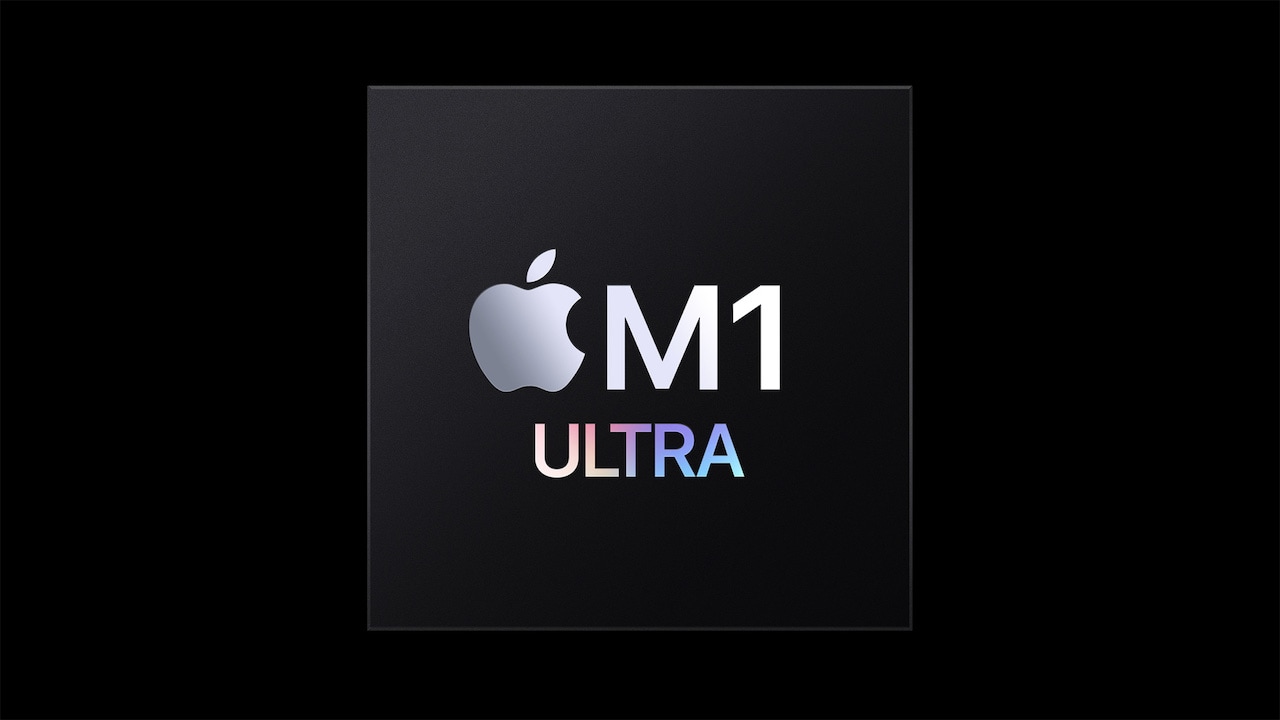 The new M1 Ultra SoC. (Image: Apple)
The first big surprise of the day, the M1 Ultra SoC (System-on-Chip) was described as a "monster of a chip". It is basically two M1 Max chips fused together using a technique Apple calls 'UltraFusion'. The M1 Ultra boasts of a 20-core CPU, up to 64 cores of GPU and a 32-core Neural Engine -- basically twice as many as the M1 Max -- and supports up to 128GB of RAM.
Mac Studio
This was the second surprise of the day. Most leakers, analysts and even this reporter expected Apple to release the (redesigned) successor to the MacBook Air but instead, in classic Apple fashion, the company pulled an "...and one more thing" by taking the covers of the Mac Studio.
Aimed at professional creators and artists, the Mac Studio is a powerhouse of a computer that comes either with an M1 Max chip or the new M1 Ultra chip. Mac Studio with M1 Max supports up to nine simultaneous 8K ProRes video streams, while the M1 Ultra variant can support twice as many.
Connectivity: Both variants have four USB-C Thunderbolt 4.0 ports, one HDMI port, one 10Gb Ethernet port, and one 3.5mm headphone jack. In front, both variants have an SDX card reader in common; the M1 Max variant has two USB-C ports, while the M1 Ultra model has two Thunderbolt 4.0 ports. Both variants can support up to five external monitors. 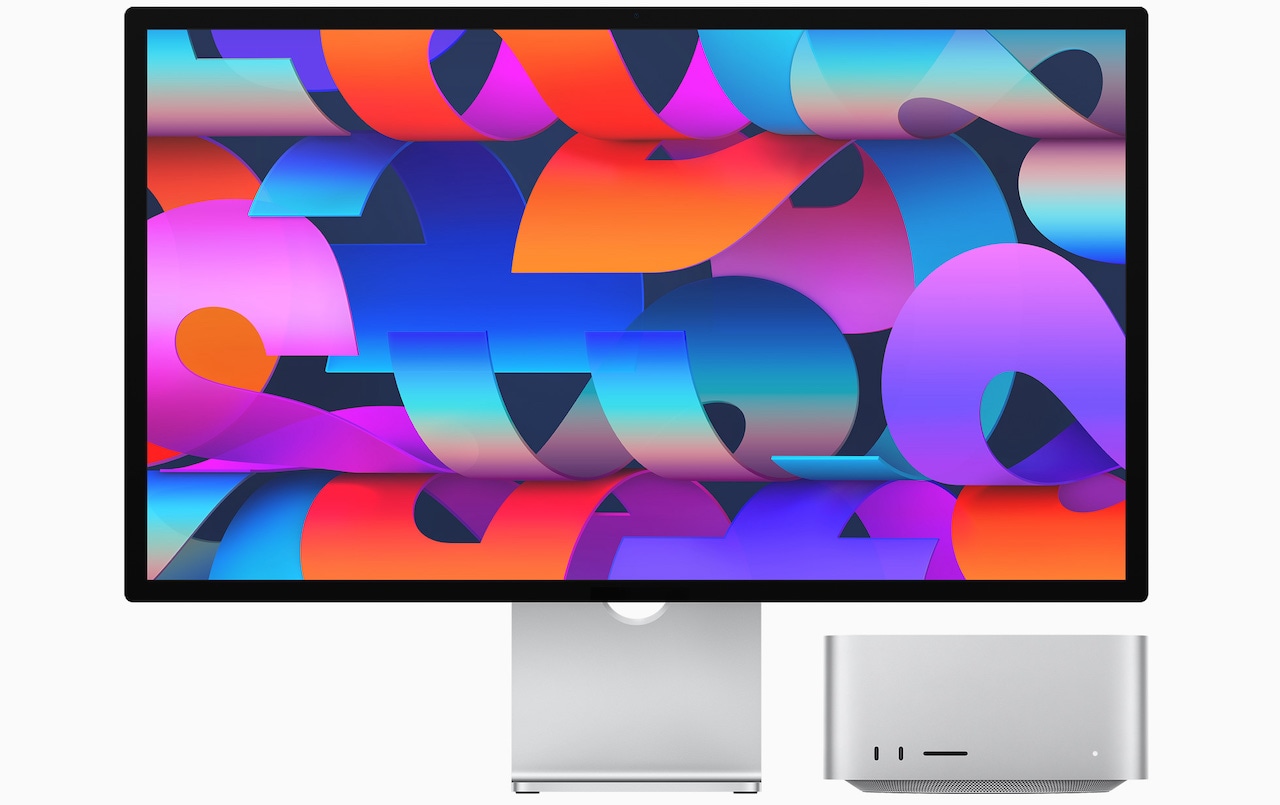 The new Mac Studio (right) and the Studio Display. (Image: Apple)
Storage: Both variants can go up to 8TB of storage.
RAM: The M1 Max variants supports 32 or 64GB of RAM, while the M1 Ultra goes up to 128GB of RAM.
Price: The M1 Max variant starts at Rs 1,89,900 and -- depending on the configuration -- can cost up to Rs 4,69,900. The M1 Ultra model starts at Rs 3,69,900 and -- again depending on the configuration -- can go up to Rs 7,89,900.
Availability: The Mac Studio is available for pre-order right now, with general availability from March 18.
The Studio Display
This one wasn't as much of a surprise, though Mark Gurman of Bloomberg expected it to be a standalone launch. The Studio Display is meant to complement the Mac Studio, but supports all Mac models. It sports a 27-inch 5K Retina display, a 12MP Ultra Wide front camera, a three-mic array for better voice quality and a six-speaker sound system with Apple's proprietary Spatial Audio.
Price: The Studio Display costs Rs 1,59,900 for the regular glass variant with tilt-adjustable or tilt- and height-adjustable stands, while the model with Nano Texture Glass costs Rs 1,89,900. For both models, the VERA wall-mount option costs Rs 40,000 extra. The Studio Display is available to pre-order now with no clear date of availability -- Apple's official website estimates a "two-three week shipping" window.
iPhone 13 series gets a new look 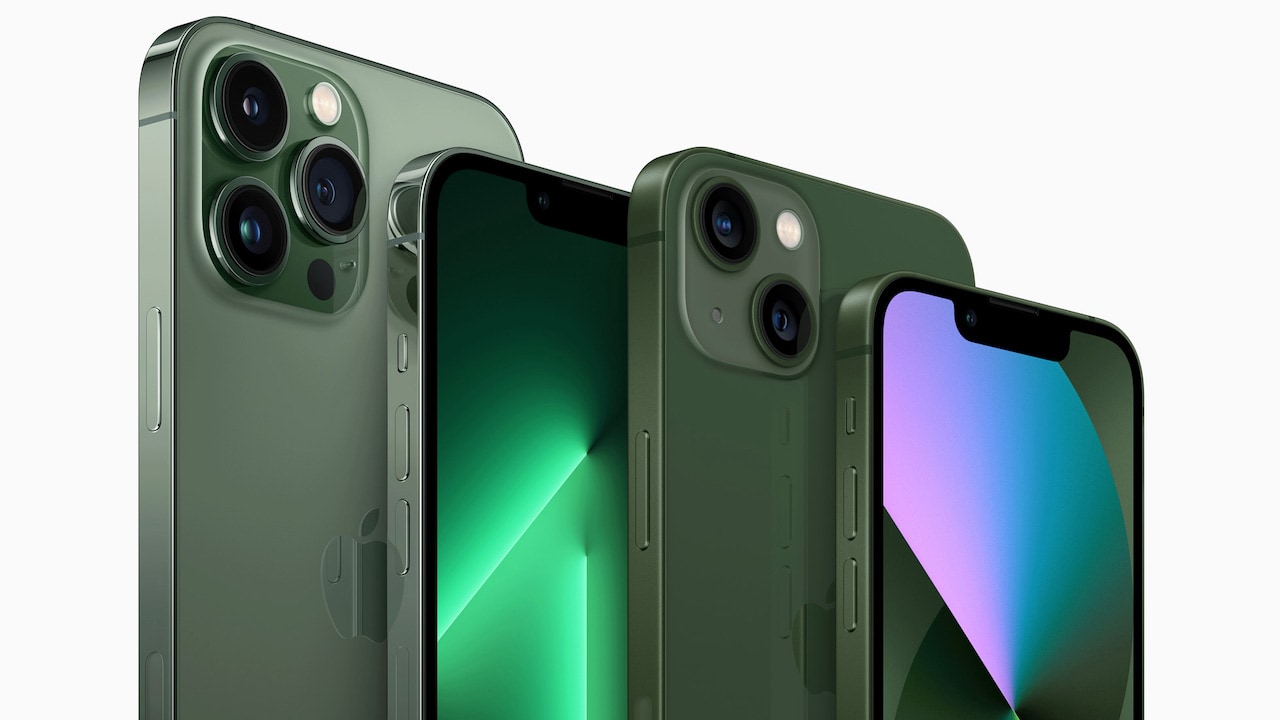 New, green finishes for the iPhone 13 line-up. (Image: Apple)
Perhaps the least interesting of all the announcements on Tuesday was that the iPhone 13 series was getting a new lick of paint. The iPhone 13 Pro and 13 Pro Max will now come in 'Alpine Green', while the iPhone 13 and 13 Mini will sport a 'Bold Green' colour.
There you have it. These were all the announcements from Apple first keynote of the year. The next time Apple CEO Tim Cook takes to the stage should be later this summer -- possibly June -- for the Worldwide Developers Conference (WWDC), where Apple will announce the next versions of iOS, iPadOS, macOS, tvOS and watchOS, as well as potential hardware.
Check out our in-depth Market Coverage, Business News & get real-time Stock Market Updates on CNBC-TV18. Also, Watch our channels CNBC-TV18, CNBC Awaaz and CNBC Bajar Live on-the-go!
Tags