To break even in five years television ad revenue has to grow 15 percent annually while digital ad revenue will have to grow by 57 percent. How will this happen? S Raghunath, Professor at IIM Bangalore and Karan Taurani, Senior Vice President and Research Analyst at Elara Securities thew some light on it.

Viacom18 has won the digital rights to broadcast the Indian Premier League (IPL) for the next five years. The digital rights cost more than TV rights for the first time and sold at a 95 percent premium to the base price. Meanwhile, Star India won the TV broadcast rights which were sold at a premium of 30 percent to the base price.
As per a CLSA report, to break even in five years television ad revenue has to grow 15 per cent annually while digital ad revenue will have to grow by 57 percent. 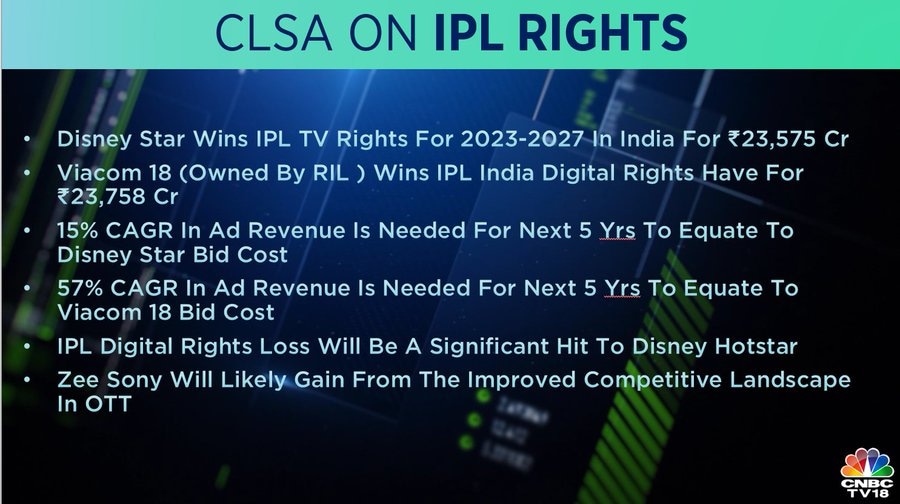 So, how will the digital spending be justified?
In an interview with CNBC-TV18, S Raghunath, Professor at IIM Bangalore said that Voot (owned by Viacom18) can gain from targeted advertising.
Also Read: Disney Star, Viacom18 bag IPL media rights in mega broadcast deal
A targeted ad, in online marketing, is served to a specific customer or audience and can be for a particular individual, group or demographic.
“This is extremely good in terms of digitalising the media, especially in cricket, because that's the sport which has brought the league to the second-highest valuation in the world behind the National Football League (NFL). So definitely, it augurs well for ones who have gone into this bidding exercise, advertisers and the customers who will benefit from this,” he said. Elara Securities expects some verticals such as fintech, commerce, ed-tech and EV to see a rapid shift to digital, whereas FMCG and auto may continue to rely heavily on TV for their mass campaigns.
Also Read: IPL money - Why digital rights are more lucrative
“Typically, in terms of the subscription-based video on demand (SVOD) market, Disney+ (plus) has got close to 44 million subscribers, which are out of India-based Hotstar and they have got a 22 percent market share in SVOD. Our assessment indicates that 70 percent of this was driven by IPL. So, you will see a fall in terms of the SVOD revenue and the numbers will move towards Voot or Jio platform, whoever puts up IPL on their platform,” said Karan Taurani, Senior Vice President and Research Analyst at Elara Securities. 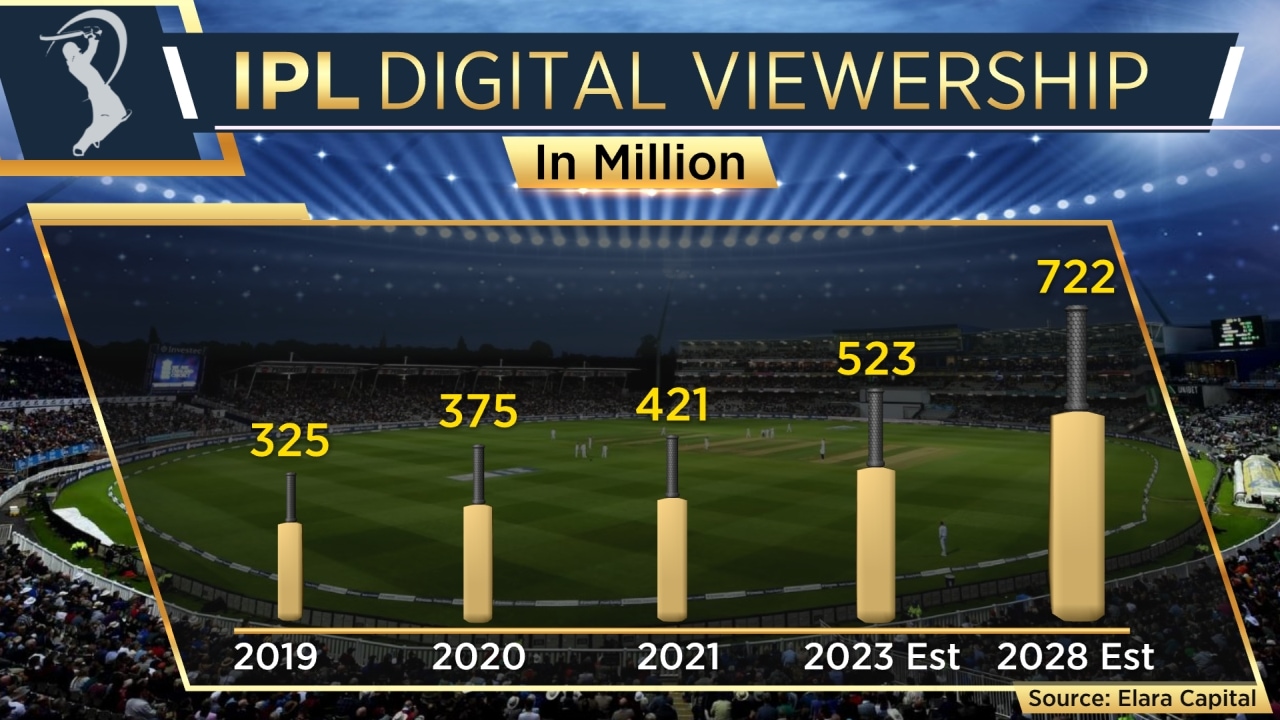 The report adds that digital has the potential to generate a gross margin of 24 percent in the fifth year, helped by strong growth prospects and future monetisation models (Web 3.0), as compared with TV with its gross margin peaking at 13 percent,
For the entire discussion, watch the accompanying video
(Edited by : Abhishek Jha)
Note To Readers

Disclosure: Viacom18 is part of the Network18 Group which is also the parent company that operates CNBC-TV18.