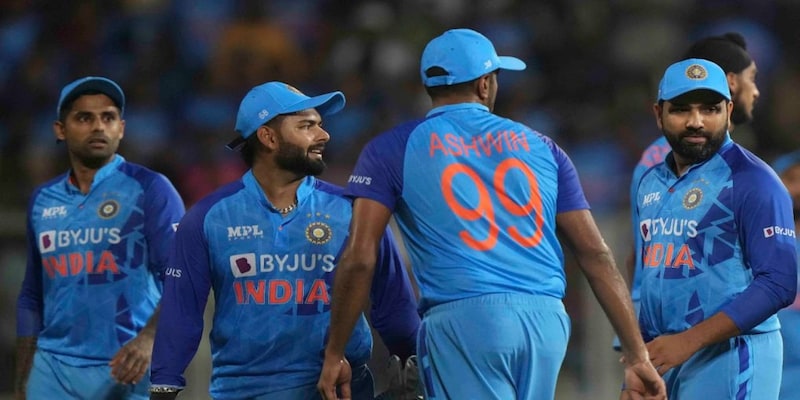 South Africa will be looking to bounce back and level the series to preserve their undefeated streak against India in India in white-ball cricket. The Proteas haven't lost either an ODI or a T20I series on Indian soil since 2016.

India will aim to clinch the series against South Africa on Sunday (October2), when the two teams meet for the second game of the ongoing three-match T20I series at Barsapara Cricket Stadium in Guwahati.

The Rohit Sharma-led side took a 1-0 lead after defeating South Africa in  the opening fixture of the series at Thiruvananthapuram.
On a green deck at Thiruvananthapuram, Sharma won the toss and opted to bowl first. The grass on the pitch assisted India's opening bowling pair of Deepak Chahar and Arshdeep Singh, who ran riot against the Proteas top-order.
Arshdeep's 3/32 and two wickets each by Chahar and Harshal Patel meant that the visitors were restricted to a mere 106/8 in 20 overs. In their chase, Suryakumar Yadav and KL Rahul hit half-centuries and remained unconquered as India reached home in 16.4 overs with 8 wickets to spare.
India's bowling, which has come under severe criticism in the recent past,  looked sharp in the first match and Rohit would expect his bowlers to keep up the good form.
But the mood in the Indian camp will be a little sombre with the senior most fast bowler Jasprit Bumrah was ruled out of the remaining two matches of the series and is expected to miss the 2022 T20 World Cup in Australia.
Stress in the lower back has rendered the pacer unfit for the series. Fast bowler Mohammed Siraj has been called as a replacement for Bumrah for the series against South Africa. But with the likes of Arshdeep, Chahar and Harshal performing well in the first game, Siraj might have to wait for his chance.
In the opposite camp, South Africa will be looking to bounce back and level the series to preserve their undefeated streak against India in India in white-ball cricket. The Proteas haven't lost either an ODI or a T20I series on Indian soil since 2016.
South African captain Temba Bavuma would not be fretting much over his team's performance in Thiruvananthapuram. It was a rare batting collapse for South Africa on a pitch that made the ball swing wildly. Instead, it is the bowling that the South African skipper would be looking to strengthen ahead of the match at Guwahati. In Thiruvananthapuram, South Africa looked a bowler short especially when India were 17/2 and the team failed to make further inroads with only five frontline bowlers available at Bavuma's disposal. Expect either fast bowler Lungi Ngidi or all-rounder Dwaine Pretorius to make their way into the playing XI in Guwahati.
Pitch
Cricket returns to Guwahati's Barsapara Cricket stadium after over two and-half years. The last time a T20I match was scheduled at this stadium was in January 2020. It was a game to be played between India and Sri Lanka, but  rains forced the match to be abandoned. Expect a fresh pitch for this match.
Weather
According to Accuweather the night temperature on Sunday will be around 27degrees Celsius. The weather will be partly to mostly cloudy, very warm and humid.
Possible XIs
India possible XI
Rohit Sharma, KL Rahul, Virat Kohli, Suryakumar Yadav, Rishabh Pant, Dinesh Karthik, Axar Patel, Harshal Patel, Yuzvendra Chahal, Jasprit Bumrah, Arshdeep Singh
South Africa possible XI
Quinton de Kock, Reeza Hendricks, Aiden Markram/Rilee Rossouw, Temba Bavuma, David Miller, Dwaine Pretorius, Wayne Parnell, Kagiso Rabada, Tabraiz Shamsi, Keshav Maharaj, Anrich Nortje
Where to watch
The India vs South Africa match will be broadcast live on the Starsports network. The action can be caught online on the Disney+Hotstar app. The match begins at 7 pm IST.
Check out our in-depth Market Coverage, Business News & get real-time Stock Market Updates on CNBC-TV18. Also, Watch our channels CNBC-TV18, CNBC Awaaz and CNBC Bajar Live on-the-go!