Gujarat polls highlights: Time to generate income from electricity than getting it for free, says Modi

Gujarat polls highlights: Time to generate income from electricity than getting it for free, says Modi 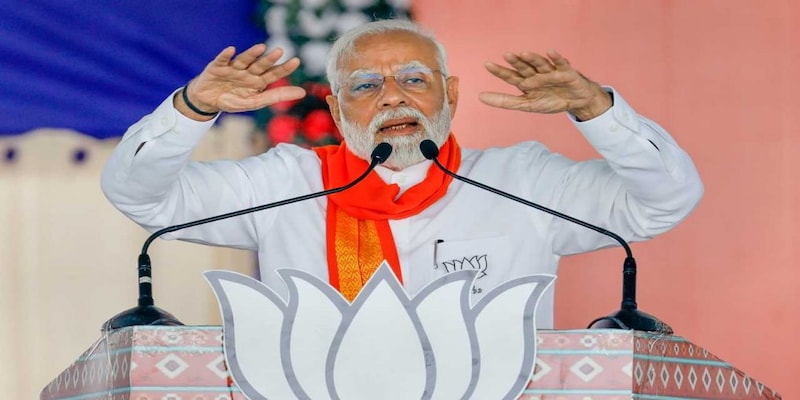 Gujarat will go to polls in two phases on December 1 and 5. The result will be declared on December 8.
In the 2017 Gujarat polls, the BJP won 99 seats, and its main rival, Congress, bagged 77 seats. Currently, the BJP's strength in the 182-member Assembly is 111 after several MLAs from Congress defected to it.
Here are the highlights:
BJP government transformed education sector in Gujarat, says Modi
Prime Minister Narendra Modi on Thursday said the Bharatiya Janata Party (BJP) government in Gujarat has transformed the education sector in the state and made it more scientific and modern, touching upon an election issue which is being aggressively pushed by the Aam Aadmi Party (AAP).
21% candidates in first phase of Gujarat polls facing criminal cases; AAP tops list, followed by Cong, BJP: Report
A total of 167 candidates, out of the 788 contesting the 89 seats in the first phase of Gujarat Assembly election, have criminal cases against them, with 100 of them facing serious charges like murder and rape, a report by the Association for Democratic Reforms (ADR) said on Thursday.
# Electoral irony: BJP rebels backing party could split its votes in Vaghodia
Two BJP rebels, both pledging to back it if they win and both contesting as independents, are going head to head in this assembly segment, their very support queering the pitch for the ruling party’s official candidate. That six-time BJP legislator Madhu Shrivastav, who was replaced by the party's Vadodara district president Ashwin Patel, is one of them makes the saffron party’s road to victory in this keenly watched constituency a steeper uphill trudge.
# It's time to generate income from electricity than getting it for free: PM Modi in Gujarat
Prime Minister Narendra Modi said it was time to generate income from electricity instead of getting it for free, in an apparent move to counter the Aam Aadmi Party and the Congress over their promise of free electricity in poll-bound Gujarat.
Addressing an election rally in Modasa town of Aravalli district in north Gujarat, Modi said only he knows the art through which people will be able to earn money from electricity.
# BJP goes strong, Cong recedes, AAP makes impression in minds of students
Amid recurring voices of approval for Prime Minister Narendra Modi and, in turn, the BJP from students of Saurashtra University, there is a less frequent but steady rise of complaints about unemployment, exam papers getting leaked and price rise. The BJP, many students say, has brought 'vikas' by building roads, and improving power and water supply but some of them also question its record on education and health.
And it is not the Congress, traditionally the BJP's main rival, but 'jhadu', as the Aam Aadmi Party (AAP) is often referred, which seems to have got the attention of some of these first-time assembly poll voters.
# BJP will beat all records in terms of seat and vote percentage in Gujarat, says Union Home Minister Amit Shah.
# This election is about deciding Gujarat's fate for next 25 years: PM Modi
Prime Minister Narendra Modi said the upcoming Assembly election in Gujarat is all about deciding the state's destiny for the next 25 years. Addressing a poll rally in Palanpur town of Banaskantha district in support of the Bharatiya Janata Party candidates, Modi said though many developmental works have been carried out so far by the ruling BJP in Gujarat and the Centre, time has come to take a "giant leap".
# Prime Minister Narendra Modi will address rallies in Palanur, Modasa, Dahegam, and Bavala
Check out our in-depth Market Coverage, Business News & get real-time Stock Market Updates on CNBC-TV18. Also, Watch our channels CNBC-TV18, CNBC Awaaz and CNBC Bajar Live on-the-go!

Spike in candidates with criminal backgrounds in Phase-1 of Gujarat polls: ADR report