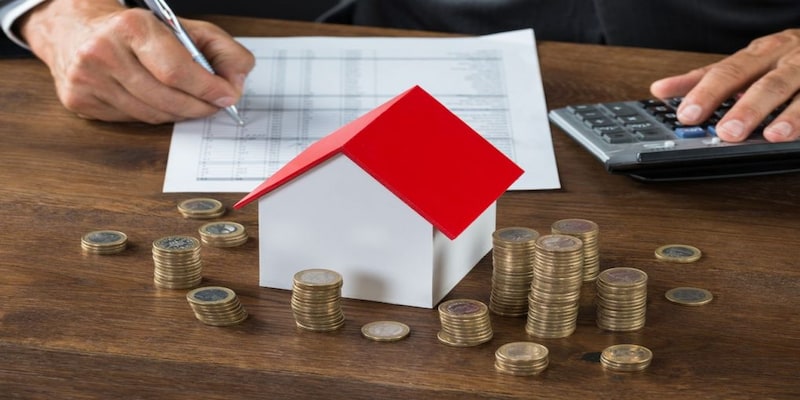 Repo rate refers to the rate at which commercial banks borrow money from the Reserve Bank of India. If RBI increases repo rate, the cost of borrowing for retail and other loans by the banks, also increases.

The Reserve Bank of India (RBI) has announced a 50 basis point (bps) hike in the repo rate, at which the central bank lends money to commercial banks, to 5.40 percent. This is bad news for borrowers, especially those whose loans are linked to external benchmarks like the repo rate.

The recent rate rise is likely to increase borrowers' equated monthly instalments (EMIs) and make it hit a three-year high, experts believe.
Why are home loans impacted by RBI's decision?
Generally, when RBI hikes the repo rate, it increases the cost of funds for banks. This means that banks will have to pay more for the money they borrow from RBI. Consequently, banks pass on the cost to borrowers by increasing their loan interest rates, making EMIs costlier.
As a result, both new and existing borrowers witness an increase in their home loan interest rates.
ALSO READ | Best investment options if you have Rs 2 lakh to park
How much increase can we expect in home loan rates?
The rise in repo rate, coupled with inflation, will hit new and existing borrowers hard.
A 140 bps increase in the last few months means borrowers who were paying around 6.8-7 percent interest will now be paying 8.2-8.4 percent.
"This means that even for a 20-year loan, the amount of interest to be repaid is higher than the principal," Adhil Shetty, CEO of BankBazaar, said while speaking to CNBC-TV18.
For the uninitiated, RBI has hiked the repo rate by 90 bps in the past two policies. The first hike was to the tune of 40 bps in May and later of 50 basis points in June. Considering the recent hike of 50 bps, the total rise comes to 140 bps.
It's important to note here that even if some banks agree to keep the EMIs constant, as per calculation, the tenor for a 20-year loan can go up by as much as 8 years, Shetty told CNBC-TV18.
However, most lenders would not sanction this increase in tenor, and it is a given that EMIs would increase, he added.
Shishir Baijal, Chairman & Managing Director, Knight Frank India believes that rate hike will shrink prospective home buyers’ affordability by around 11 percent i.e. from an ability of purchasing a house of Rs 1 crore value shrinking to Rs 89 lakh now.
ALSO READ | PPF calculator: You need to invest this much to earn more than Rs 1 crore
So, what should borrowers do?
Shetty said that having a repayment plan is essential as going by the EMIs alone would mean a very high-interest outflow.
"Existing floating rate borrowers with adequate surpluses should try to prepay their home loans and opt for the tenure reduction option to generate higher savings in interest cost. Home loan borrowers, both fresh and existing ones, having restricted liquidity, should opt for the home saver option," said Ratan Chaudhary - Head of Home Loans, PaisaBazaar.
Under the home saver option, an overdraft account is opened as a savings or current account where the borrower can park his/her surpluses and withdraw from it as per his financial requirements. The interest component is calculated after deducting the surpluses parked in the savings/current account from the outstanding home loan amount.
This would allow home loan borrowers to derive the benefit of making prepayments without sacrificing their liquidity.
ALSO READ | Here's why you should not increase allocation to FDs despite rising rates
"Existing home loan borrowers who have witnessed significant improvements in their credit profiles after availing them should explore the possibility of interest cost savings through home loan balance transfer. Their improved credit profile may make them eligible for home loans at much lower rates than other lenders. This would help them to reduce their EMI burden and overall interest cost," Chaudhary added.
Will home buying also see a fall?
According to Anuj Puri, Chairman – ANAROCK Group, residential sales would see a moderate fall.
"This is the third consecutive rate hike in the last two months and finally marks the end of the all-time best low-interest rates regime, one of the major factors that drove housing sales across the country since the pandemic," Puri said.
He said this whammy came along with the inflationary trends of primary raw materials, including cement, steel, labour, etc., that have recently led to increased property prices. "Together, these factors – rising home loan rates and construction costs – will impact residential sales that did reasonably well in the first half of 2022," Puri said.
Honeyy Katiyal, founder of Investors Clinic, also thinks that the increase in repo rate would lead to a proportionate erosion of affordability, which can affect the sales momentum.
What are the current home loan rates?
Many banks have raised their home loan rates from May to July this year. The majority of the lenders have linked their lending rates to the repo rate.
Here are the latest rates offered by banks on home loans:
(These are the rates before today's increase in benchmark interest rates by the RBI. They are likely to change in the near future.)
Catch LIVE updates on RBI policy here
Check out our in-depth Market Coverage, Business News & get real-time Stock Market Updates on CNBC-TV18. Also, Watch our channels CNBC-TV18, CNBC Awaaz and CNBC Bajar Live on-the-go!