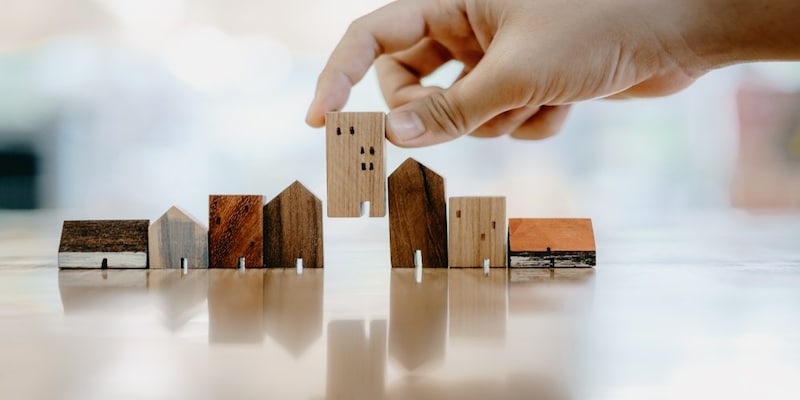 Following the RBI's repo rate hike, the credit cost for both existing as well as fresh borrowers will increase. What should you do - increase EMIs or tenure?

A home loan borrower on a 20-year loan tenure may end up paying an amount of interest more than the principal, say experts after the Reserve Bank of India (RBI) raised the repo rate by another 50 basis points. With Friday's repo rate hike and two previous increases, the overall lending rates have surged by at least 190 basis points. Along with bank spread, the home loan interest rates are now at or more than three-year high levels.

In a high home loan interest regime, it is better to prepay EMIs to reduce interest outgo, say experts.
Speaking to CNBC-TV18.com, Bankbazaar chief executive officer (CEO) Adhil Shetty said that prepaying even an additional equated monthly installment (EMI) can reduce your tenor by 3 years.
Lump-sum prepayments, however, may not be possible for everyone. And there is always the dilemma of picking between a higher EMI and tenure.
The alternative to look here is to increase your EMIs every year, said Naveen Kukreja — CEO and Co-founder, Paisabazaar.
“Opting for the tenure increase option would result in higher interest costs than the EMI increase option. So, it's better to go for an EMI increase” Kukreja said.
And increasing the EMIs can sharply reduce a home loan borrower's overall tenure and interest outgo.
As per Shetty, increasing EMI by just 5 percent annually can help a home loan borrower to close a 20-year loan in just 12 years and 7 months (151 months). Even better, if a borrower can increase EMI by 10 percent annually, then the loan can end in less than a decade.
ALSO READ | Fixed deposits, small saving schemes' interest rates to go up as RBI hikes repo rate
"This is because anything you pay over and above your EMI goes directly towards your outstanding principal. And this is not a huge amount to start with. If your EMI is Rs 40,000, then an additional 5 percent comes to Rs 2,000 per month, which should not be too tough," Bankbazaar's Shetty added.
Here's a table showing increasing EMIs on Rs 30 lakh home loan  (with different increased rates scenario): (Source: Bankbazaar)
This table clearly shows that choosing a higher EMI option over increasing tenure can save the interest cost.
ALSO READ | Best investment options if you have Rs 2 lakh to park
These days borrowers with limited liquidity also have the option to go for the home loan saver options, said Paisabazzar's Kukreja.
"Under this facility, an overdraft account is opened in the form of a current or savings account where the borrower can park his surpluses and withdraw from it as per his financial requirements. The interest component of the home loan is calculated after deducting the surpluses parked in the savings/current account from the outstanding home loan amount," he said.
Here are the latest rates offered by banks on home loans:
(These are the rates before RBI raised repo rates on August 5. They are likely to change in the near future.)
Additionally, existing home loan borrowers who have witnessed substantial improvements in their credit profile availing of their home loan should explore the possibility of interest cost savings through home loan balance transfer. Their improved credit profile may make them eligible for home loans at much lower rates from other lenders, Kukreja stated.
ALSO READ | Your home loan set to hit a three-year high as RBI hikes repo rate
(Edited by : Ajay Vaishnav)
Note To Readers

Disclaimer: The views and investment tips expressed by investment experts on CNBCTV18.com are their own and not that of the website or its management. CNBCTV18.com advises users to check with certified experts before taking any investment decisions.