The new sugar season starts from October 1st 2022 and the markets are anticipating that the sugar export quota could be allotted or announced very soon. Sugar industry body ISMA has demanded that the government should allow exports of 80 lakh tonnes of sweetener in the 2022-23 marketing year starting October in view of surplus production.

Ahead of the start of the new sugar season on October 1, sugar traders are hoping that the government may raise the export quota soon with the Street expecting five million tonnes of export quota in the first tranche itself. In fact, the Sugar industry body, Indian Sugar Mills Association (ISMA) has demanded the government allow exports of 80 lakh tonnes of sugar in the 2022-23 marketing year. 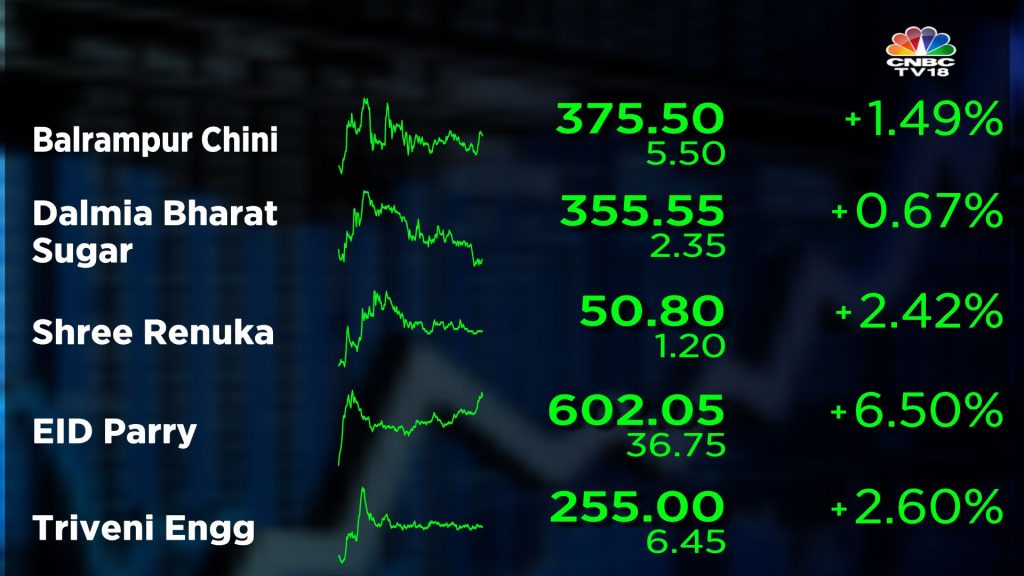 In the current 2021-22 marketing year ending September, the government has allowed sugar exports of 112 lakh tonnes and mills are likely to ship the entire quantities. In May, the government had imposed restrictions on export of sugar beyond 100 lakh tonnes, but later allowed another 12 lakh tonnes of shipments, taking the total to 112 lakh tonnes for 2021-22.
The exports of surplus sugar would also help in maintaining domestic sugar prices, which in turn boost the liquidity position of mills enabling them to pay sugarcane farmers on time.
The carry forward stocks from the previous season have seen a decline and is around 6 million tonne. The Indian sugar consumption is expected to be near record highs of around 27.5 million tonne. The markets are anticipating that for 2022 to 23 the mills will divert something like 4.5 million tonne for ethanol production as well. So this year's opening stock is at 6 million tonnes for the new season.
India had exported 112 lakh tonnes in the last year which has been an all-time high so it has constantly gone up. This year at 80 lakh tonnes or 8 million tonnes there is slight decline here. That's also because of slightly higher consumption, exports are going to be stronger as well and the markets are looking at an opening stock which also is quite comfortable.
So there is a balance in sense of demand and supply in the case of sugar and that in turn could be supportive for prices as well going forward.
-With PTI inputs
Also Read: India could soon approve sugar exports in two tranches, says report
Check out our in-depth Market Coverage, Business News & get real-time Stock Market Updates on CNBC-TV18. Also, Watch our channels CNBC-TV18, CNBC Awaaz and CNBC Bajar Live on-the-go!
Tags