Navratri and Ramlila celebrations in Delhi to affect traffic on these routes, check details

Navratri and Ramlila celebrations in Delhi to affect traffic on these routes, check details 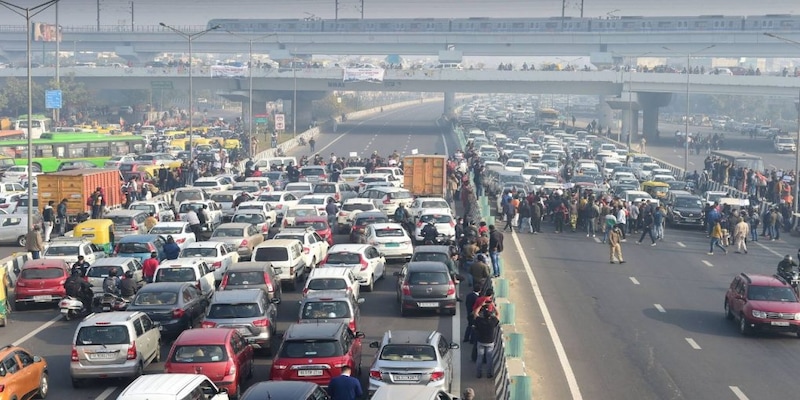 Delhi Police shared a list of main temples where Navratri will be celebrated from September 26 to October 5. The police said traffic is likely to be affected on roads and stretches near these temples from 5 am to 12 am.

With the much-awaited Navratri and Ramlila celebrations back after a two-year hiatus following the COVID-19 pandemic, the Delhi Traffic Police has advised the commuters to plan their routes as vehicular movement may get affected on several routes across the national capital for the next 10 days.

“In view of #Navratri celebrations in Delhi from September 26 to October 05, 2022, some roads/stretches would be affected,” Delhi Traffic Police said on Twitter, advising commuters to “carefully plan their travel and follow the guidelines.”

In view of #Navratri celebrations in Delhi from September 26 to October 05, 2022, some roads/stretches would be affected.Commuters are advised carefully plan their travel and follow the guidelines for their convenience.#DPTrafficCheck pic.twitter.com/GwOHxTxI7K— Delhi Traffic Police (@dtptraffic) September 26, 2022

The police shared a list of main temples where Navratri will be celebrated from September 26 to October 5. According to Delhi Traffic Police, the movement of vehicles is likely to be affected on roads and stretches near these temples from 5.00. to 12 midnight.
ALSO READ:
Jaishankar says Article 370 was a temporary provision, backs internet cut
The heavy rush of devotees at Jhandewalan Mandir may affect traffic on Rani Jhansi Road. Similarly, the rush at Durga Mandir Kailash Colony may affect the commuting on Lala Lajpat Rai Marg and the rush at Pahari Wala Mandir or Mahavir Mandir GK-1 may impact traffic at Inder Chandra Sen Marg.
The arrival of devotees at the Adhakatyani Shakti Peeth Mandir is likely to affect commuters on Chattarpur Mandir Road and the crowd at Kalkaji Mandir may affect traffic at Outer Ring Road from Nehru Place to Modi Mill. The rush at Kali Bari Mandir could affect commuters on Mandir Marg.
Similarly, Durga Puja at CR Park may impact roads and stretches on Malik Ram Essar Marg, EPDP Marg, Outer Ring Road, and Inder Mohan Bharadwaj Marg.
Celebrations at Santoshi Mata Mandir in Hari Nagar may affect the traffic movement on Jail Road.
Ramlila will also be celebrated across Delhi from September 26 to October 5 between 6 pm and 11 pm, the traffic police said in its advisory. It listed 46 main venues where Ramlilas will be organised, including Red Fort, Ramlila Maidan JLN Marg, RK Puram Sector 5, Sarojini Nagar, Dakshinpuri, Punjabi Bagh, Dwarka, Hari Nagar, Pitampura, Sultanpuri, Gandhi Nagar, and Model Town.
Apart from this, Ramlilas would also be arranged by local residents in various colonies, market areas and open grounds and some may even take out processions in their localities, which may affect traffic, the advisory said.
ALSO READ | Will continue struggle for restoration of Article 370, resolution of Kashmir issue: Mehbooba MuftI
Vehicular movement on Nishad Raj Marg (New Daryaganj Road), Netaji Subhash Marg, Turkman Gate and Jawahar Lal Nehru (JLN) Marg will be restricted depending on the crowd situation after 5 pm on these days due to Ramlilas being organised at Ramlila Ground and Red Fort.
The traffic police suggested the commuters moving to IGI Airport to leave early for the airport to accommodate possible delays.
(Edited by : Sudarsanan Mani)
Check out our in-depth Market Coverage, Business News & get real-time Stock Market Updates on CNBC-TV18. Also, Watch our channels CNBC-TV18, CNBC Awaaz and CNBC Bajar Live on-the-go!