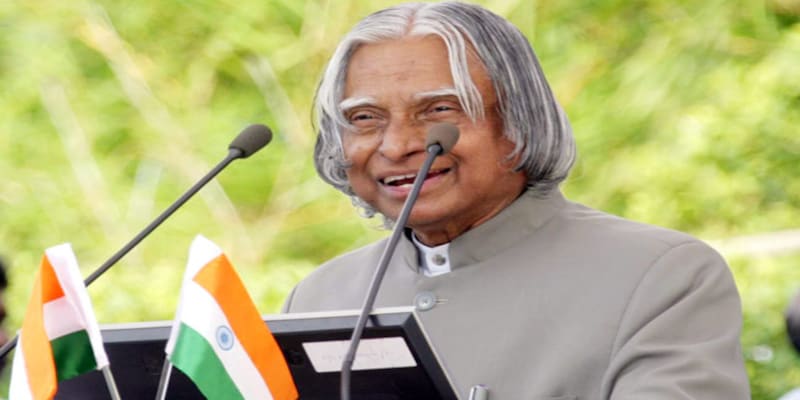 Known as the 'Missile Man' of India, Dr APJ Abdul Kalam has contributed to the development of the country in several spheres. Former President of India Kalam achieved milestones as a scientist and contributed to the Defence Research and Development Organisation (DRDO) of India. On his 7th Death Anniversary, here’s a look at Kalam’s greatest scientific contributions to India.

Former President of India Dr APJ Abdul Kalam, who was known as the ‘Missile Man’ of India, was loved all over the world for being a great humanitarian and a visionary. Today, the country observes the 7th death anniversary of the 11th President of India.

Dr Kalam achieved milestones as a scientist and contributed to the Defence Research and Development Organisation (DRDO) of India. On July 27, 2015, Dr Kalam passed away after suffering a cardiac arrest while delivering a lecture to students at the IIM Shillong. He is fondly remembered as a source of inspiration for students and citizens of India.
On his 7th Death Anniversary, here’s a look at Dr Kalam’s greatest scientific contributions to India.
Also Read: APJ Abdul Kalam Death Anniversary: 10 most inspiring quotes by the Missile Man
In 1960, Dr Kalam joined the Aeronautical Development Establishment of the DRDO and was transferred to the Indian Space Research Organisation (ISRO) in 1969.
At ISRO, he was the project director of India’s first Satellite Launch Vehicle called the SLV-III. The SLV-III successfully deployed indigenously developed satellite Rohini in near-earth orbit in July 1980.
He was also part of the Indian National Committee for Space Research (INCOSPAR), which was set up by Dr Vikram Sarabhai.
He worked at ISRO for 19 years, after which he returned to DRDO. Under the Integrated Guided Missile Development Programme (IGMDP), he played a significant role in developing missiles like Agni and Prithvi
Also Read: Presidents of India: Know who all have been in country's top constitutional post
Dr Kalam also served as the Scientific Adviser to Defence Minister and Secretary, during the Pokhran-II nuclear tests.
Dr Kalam was also the first Indian Head of State to fly a fighter plane. His first aeronautical project led him to designing India’s first indigenous hovercraft ‘Nandi”.
The former President also made a remarkable contribution in the health sector of the country. In the early 90s, he collaborated with cardiologist B. Soma Raju to develop the 'Kalam-Raju-Stent' for coronary heart disease. The stent released in 1999 and made healthcare accessible to all by reducing the market price of stents by 50 percent.
In 1997, Dr APJ Abdul Kalam was honoured with the Bharat Ratna, India’s highest civilian honour for his contribution to scientific research and defence technology.
Also Read: What are the powers and duties of the president of India?
(Edited by : Priyanka Deshpande)
Check out our in-depth Market Coverage, Business News & get real-time Stock Market Updates on CNBC-TV18. Also, Watch our channels CNBC-TV18, CNBC Awaaz and CNBC Bajar Live on-the-go!