Actor Ashton Kutcher reveals he suffered from vasculitis: What is the disease?

Actor Ashton Kutcher reveals he suffered from vasculitis: What is the disease?

Hollywood star Ashton Kutcher said that his vision and hearing were knocked out by the disease. He clarified he is now fully recovered.

Hollywood actor Ashton Kutcher revealed that he had been suffering from a rare form of an autoimmune condition called vasculitis which involves inflammation of the blood vessels. Kutcher shared his ordeal in an episode of National Geographic's Running Wild with Bear Grylls: The Challenge.

Kutcher told Bear Grylls that his vision and hearing were knocked out by the disease two years ago. He said it took him about a year to recover from the condition. On Twitter, the actor clarified that the aired episode was three years ago and he is now fully recovered.

Before there are a bunch of rumors/ chatter/ whatever out there. Yes, I had a rare vasculitis episode 3yrs ago. (Autoimmune flair up) I had some impairments hear, vision, balance issues right after. I fully recovered. All good. Moving on. See you at the 2022 NY Marathon w/Thorn Vasculitis is a rare autoimmune condition that develops when the body’s immune system attacks the blood vessels, leading to inflammation and narrowing of veins, arteries, and small capillaries. This can restrict or completely block blood flow to organs, as per the National Institutes of Health (NIH), US. This condition can lead to organ damage and can cause potentially fatal internal bleeding. Some people with vasculitis may have few symptoms while others can develop more severe symptoms such as:

It is unclear what causes vasculitis. However, certain groups of people such as older patients are more vulnerable. Also, smoking and illegal drug use can increase the risk for vasculitis, while certain types of the condition can run in families. Lymphoma, a blood cancer, hepatitis B or C, or autoimmune disorders such as lupus or rheumatoid arthritis can also increase the chances of vasculitis. 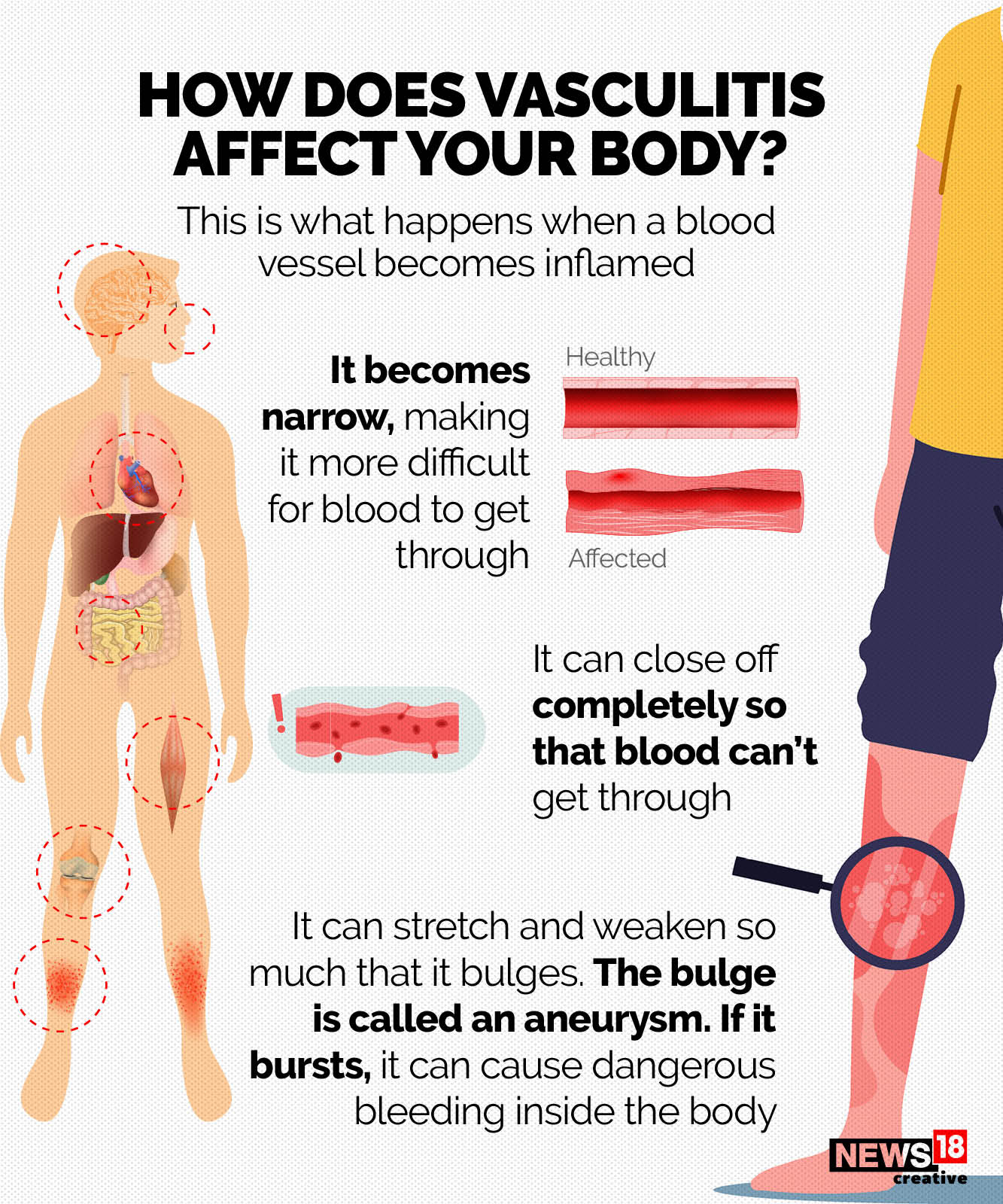 Vasculitis is notoriously hard to diagnose because its initial symptoms like fatigue, fevers, and weight loss are associated with several other ailments. Currently, there is no cure for vasculitis, but early diagnosis and treatment with medications that target the type of vasculitis and prevent blood vessel damage can help. Early recognition is key as the symptoms can be prevented from getting worse.