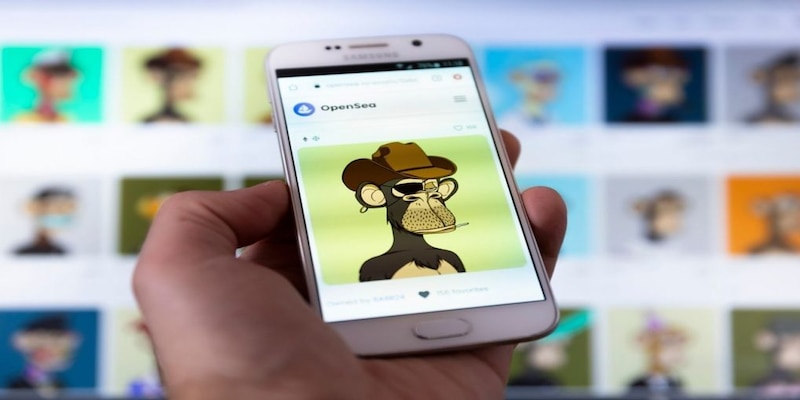 Rappers Eminem and Snoop Dogg chose to present their single "From the D 2 The LBC" through a Metaverse-inspired animated video instead of an actual live act at the MTV Video Music Awards (VMAs). It was a world-premiere performance with a twist and the first time that NFTs were part of the coveted video music award show.

The Bored Ape Yacht Club, a popular NFT collection, made its VMA and television debut last night as part of a performance by iconic rappers Eminem and Snoop Dogg. The duo announced their Metaverse-inspired act a few days ago, creating much hype around the event. However, audiences weren't so pleased with the performance, with several users taking to Twitter and Reddit to make their disappointment known.

The two hip-hop heavyweights chose to present their single "From the D 2 The LBC" through a Metaverse-inspired animated video instead of an actual live act. It was a world-premiere performance with a twist and the first time that NFTs were part of the coveted video music award show.
However, several fans and NFT critics felt the execution came up short. "The animation is barely better than what we had 25 years ago," said one Twitter user. "Gorillaz, Hatsune Miku, and even Nintendo with Splatoon. All did it first, and much better," read another tweet. “It’s 3.30am in my country, and I waited all night for this shit?” one more user ranted.
Many other fans were also ticked off by the fact that an animated video replaced a live performance. Some even labelled the act as a shilling attempt for the Bored Ape Yacht Club NFT collection. A shill refers to a paid promotion of a crypto/NFT project by celebrities and social media influencers.
Also Read: Understanding the four stages of a crypto market cycle
"Them
The subreddit, in particular, saw a lot of fans express their disdain. Some felt the performance was "embarrassing", while others labelled Eminem as a "sell-out" and even called for his retirement.
Eminem and Snoop Dogg have a longstanding association with the Bored Ape Yacht Club. The two rappers were among the first A-list celebrities to buy artworks from the collection, with Eminem reportedly paying upwards of $450,000 for his. The duo also used their respective BAYC NFTs in the music video of "From the D 2 The LBC". This made the Metaverse-themed performance a natural extension for this particular song.
Fans may have been disappointed with its execution, but the act paves the way for NFTs to be adapted to mainstream media. Sure, NFT technology has already been used to release movies and create extensions for film sales. For instance, Chasing Amy and Jersey Girl director, Kevin Smith released his film 'Kilroy Was Here' as an NFT on the secret network. Famed filmmaker Quentin Tarantino also released his "Pulp Fiction" NFTs on the same network. However, videos and shows centred around NFT artworks are still relatively novel concepts.
After the VMA debut last night, another much-awaited project that will bring NFTs to television and mobile screens is Seth Green's "White Horse Tavern". The producer, writer and director is working on an animated series that features his BAYC NFT (#8398) in a world where NFTs live alongside humans. Fans will already be hoping it turns out better than last night's VMA performance.
Also Read: 5 of the most important crypto calendar events left this year
Check out our in-depth Market Coverage, Business News & get real-time Stock Market Updates on CNBC-TV18. Also, Watch our channels CNBC-TV18, CNBC Awaaz and CNBC Bajar Live on-the-go!