KPIT Tech CEO Kishor Patil told CNBC-TV18 that the company's acquisition of four companies of Germany's Technica group can lead to addition of at least 10 percent incremental revenue in the year ending March 2024.

TRADE
KPIT Technologies' management told CNBC-TV18 that the company may revise its revenue guidance after completing the acquisition of four firms of Germany's Technica group — something not factored in its existing guidance. "Once we are clear about a day from which it starts getting consolidated, at the end of the quarter, we will give that outlook on this specific part," said Kishor Patil, Co-Founder, MD and CEO of KPIT Tech.
The revision, the CEO said, will be "something additional to what we have predicted". In July, the company had given a guidance of 18-21 growth in revenue in constant currency terms for the year ending March 2023.
Remarks from the top helm of the Pune-based company comes after it announced the acquisition of Technica Engineering, Technica Electronics Barcelona, Technica Engineering Spain and Technica Engineering for 80 million euros.
The KPIT management believes the acquisition can add at least 10 percent incremental revenue in the year ending March 2024, Patil said.
"It really depends upon how the other business grows. So I think we are in that situation," he said. KPIT Technologies will fully own the Technica group after the deal, which is expected to be closed by the end of October. 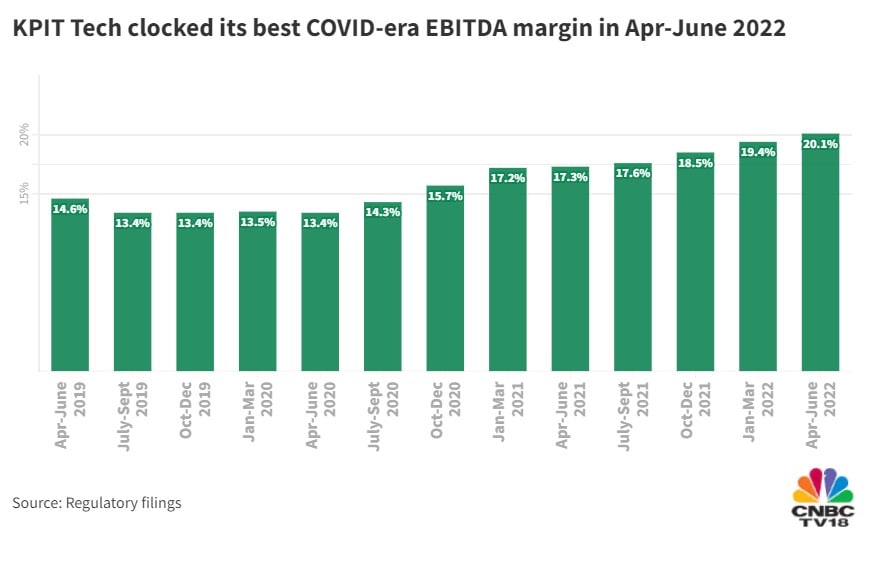 The KPIT Tech management has already said the acquisition will be earnings per share-accretive.
The Pune-based company has already said that the four Technica firms offer:
The Technica group's two largest clients are among KPIT Tech's top 25 clients, Patil said. "There is synergy, but it is complementary... There are a few notable disruptors (that) they work with and that's something we are very excited about," he said.
KPIT Technologies will fully own the Technica group after the deal, which is expected to be closed by the end of October. 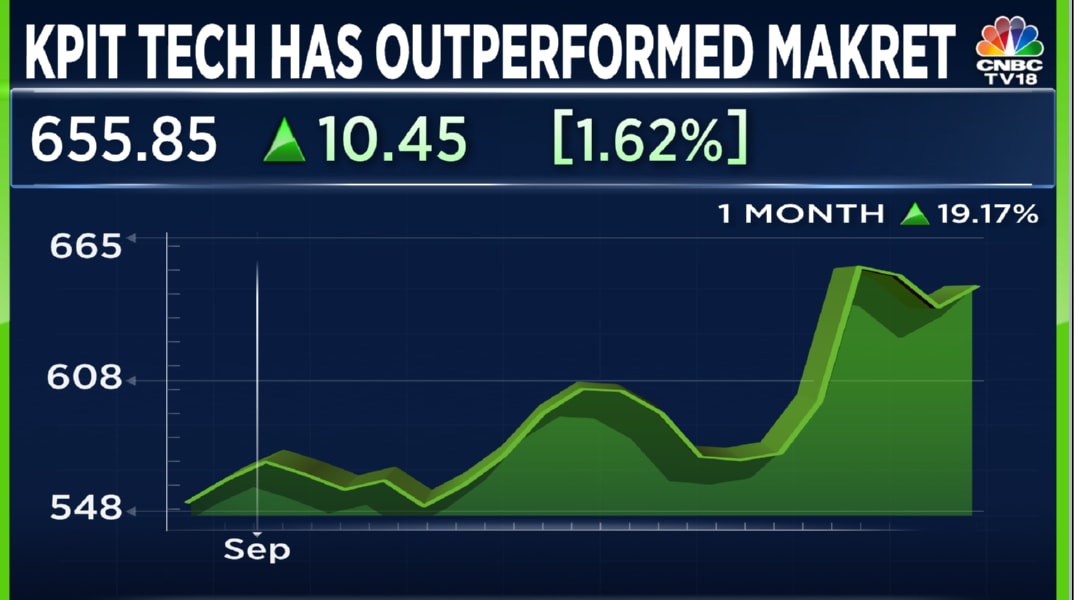 KPIT shares have sharply outperformed the market with a return to the tune of 19 percent in the past one month, a period in which the Nifty50 benchmark has declined more than three percent and the Nifty IT — whose 10 constituents include TCS, Infosys and Wipro — fallen six percent.
Indian equity benchmarks Sensex and Nifty50 swung between gains and losses amid choppy trade on Tuesday, as the focus shifted to the outcome of a key meeting of the RBI's rate-setting panel this week.
Catch latest market updates with CNBCTV18.com's blog
Check out our in-depth Market Coverage, Business News & get real-time Stock Market Updates on CNBC-TV18. Also, Watch our channels CNBC-TV18, CNBC Awaaz and CNBC Bajar Live on-the-go!
Tags