Best of Young Turks: When Softbank CEO Masayoshi Son revealed how he picked companies to invest in

Best of Young Turks: When Softbank CEO Masayoshi Son revealed how he picked companies to invest in

The Young Turks Archive features Masayoshi Son, founder of SoftBank this week. Watch the interview to find out how the Japanese investment giant handpicks companies to invest in

India’s longest-running show on startups and entrepreneurship Young Turks marks another milestone as it completes 19 years! To celebrate this landmark, we wish to take you through our time capsule, The Young Turks Archive, recounting the journey of some of trailblazing entrepreneurial talents over the last two decades.

As India transforms, shrugging off the old cloak and dressing up with the digital debonair, we believe the lessons gleaned from these handpicked stories will be a trusted guide to the next generation of changemakers. Join us in this celebration of ideas, innovation and inspiration!
This week, we feature Masayoshi Son, the founder of the Japanese investment giant SoftBank. Critics said WeWork will work him out, but SoftBank has made a hard statement by posting the biggest profit in the history of Japan! For FY21, Son's conglomerate recorded profits of $45.5 billion, most of it coming from its Vision Fund unit, which reaped a fortune from the IPO success of the South Korean e-commerce company Coupang.
This year, Son has come to India with a money box! In a record-breaking year for Unicorns in India, Son has come to give a leg up for some aspirants to enter the elite club. He is planning to invest $2 billion in Indian internet companies, which includes SaaS providers Whatfix and MindTickle, FinTech player Zeta and social commerce platform Meesho.
Also, SoftBank has signed a deal with food and delivery platform Swiggy to pump in $450-500 million. That’s not all. After selling his entire stake in Flipkart to Walmart in 2018, Son is now ready to make an investment of up to $700 million to add the IPO-bound e-commerce platform back to his cart.
In this 2016 Young Turks interview, Masayoshi Son hailed the ‘Indian Startup Story’, but indicated it could be too soon for some of the new-age, tech-driven businesses to go public. Today, SoftBank-backed Paytm is planning India's largest-ever IPO, targeting a fundraise of $3 billion at a valuation of over $25 billion.
Catch this Young Turks Archive for more of his insightful answers, veneered with sparkling humour.
Shereen Bhan:
There are forty business ideas of yours on that metrics. Now, correct me if I'm wrong, but this is what I remember reading. On that metrics of yours, the number one measure was that you need to fall in love with the business and stay in love with that business for the next 50 years or so. The other measure was that the business should be unique and you didn't want to do something that somebody else was doing. One of the other crucial measures was that you wanted to, in a period of about 10 years, be at least the number one player in that business in Japan. And the fourth, I believe, was that you wanted to pick a business where the category itself would be growing for the next 30 to 50 years. You didn't want to choose a sinking ship. How much of this still rings true today?
Masayoshi Son: Yeah, it's amazing that you remember all of those. Those are very, very important metrics, which I always keep in mind. We're investing into many companies. Whenever I invest, I look at the eyes of the entrepreneur and I look at the field they're challenging. Are they unique? Do they have a passion? Do they have a great team? Is the market itself supposed to be global? Those are the things I still check as I was starting my own company. When we invest, we look at the company with those metrics.
Shereen Bhan: So, you look at the eyes of the entrepreneur, and then you look at their idea, and of course, the category that they are operating in. When you looked into the eyes of, for instance, Kunal Bahl or you looked into the eyes of Ritesh of Oyo Rooms, what did their eyes tell you? What made you want to put money into those businesses?
Masayoshi Son: Their eyes were sparkling.
Shereen Bhan: Let me take that conversation forward with you. The last chat that you and I had when you visited India in 2014, you made that big announcement that SoftBank has the ability, the will and the capability to invest at least $10 billion, if not more, into India over the next ten years. Do you continue to believe in that vision and that ability? Or, do you believe that given the current global environment, given the current domestic environment, even where the valuations are today, you may rescale?
Masayoshi Son: Well, if I rescale, I will only scale up. 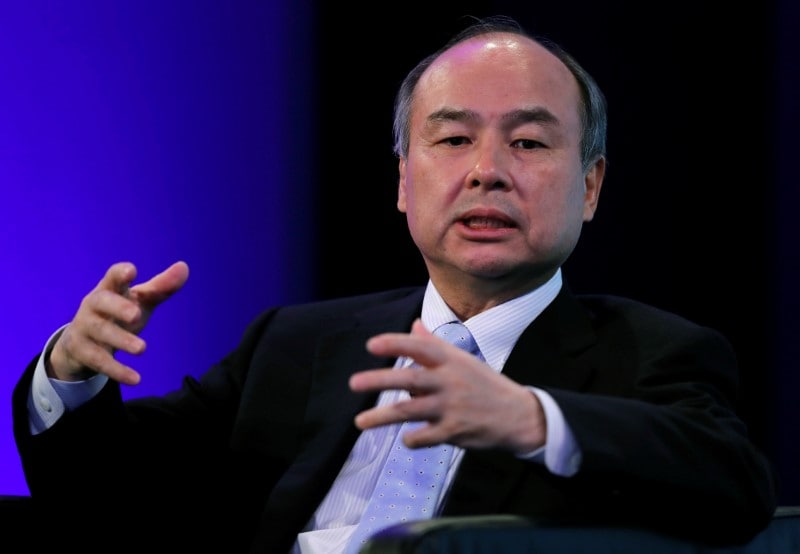