Akzonobel India had taken a price increase of almost about 23-25 percent last year depending on categories. This year as well the company has taken price increases in August and September of about half a percent each.

TRADE
Paints and coatings company Akzo Nobel expects margins pressures to persist for another two quarters and normalize only between January-March next year.
"Current and the coming quarter would see some volatility but by the fourth quarter of the year and thereon, there will be a significant improvement in margins," Rajiv Rajgopal, Managing Director of Akzo Nobel India told CNBC TV-18 in an interview, adding a caveat that the margin improvement is subject to benign global conditions.
Also Read:
Berger Paints eyes Rs 10,000 crore in revenues aided by margin, new products
The Kolkata-based manufacturer of Dulux paints, undertook price hikes of 0.5 percent each in July and August respectively.
For the April-June period, Akzo Nobel reported its highest-ever quarterly revenue of Rs 937.7 crore. Both decorative and industrial businesses contributed to the growth. 35 percent of the company's revenue comes from the industrial segment.
The company now intends to be among the top three players in terms of volume and revenue growth in the industry. Akzo Nobel's revenue grew 49.7 percent in the April-June quarter, behind industry leaders Asian Paints and Berger Paints. 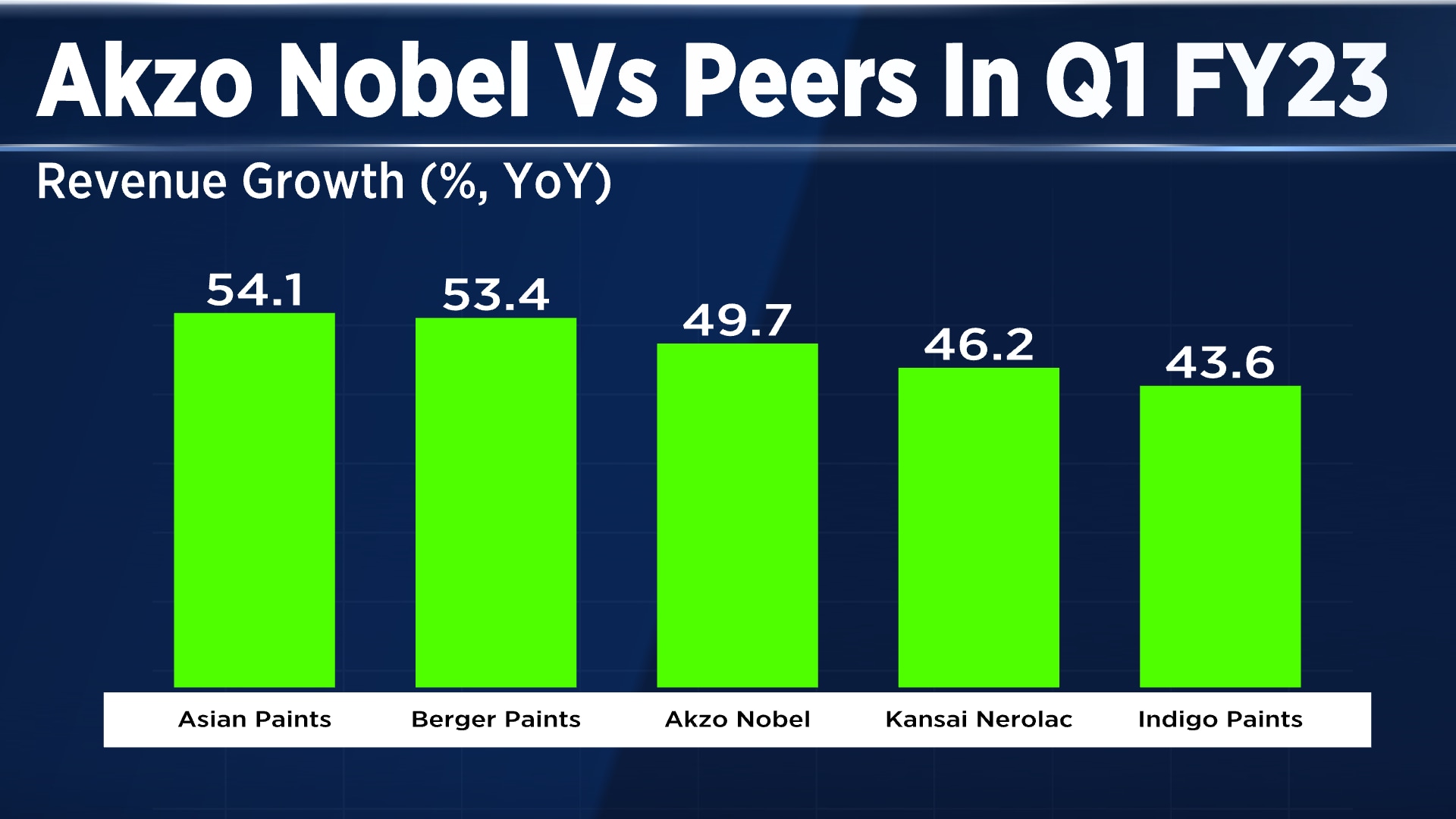 Brokerages suggest that the company has gained market share in the decorative paints segment, something that it wishes to consolidate and build upon. Both Dulux Velvet Touch and Dulux Weather Shield have done really well, according to Rajgopal.
Also Read: Paint stocks gain as crude oil prices cool off — Asian Paints, Berger Paints, and Kansai Nerolac up 1-3%
Other Key Takeaways:
For the full interview, watch the accompanying video
Catch the latest stock market updates with CNBCTV18.com's blog
Check out our in-depth Market Coverage, Business News & get real-time Stock Market Updates on CNBC-TV18. Also, Watch our channels CNBC-TV18, CNBC Awaaz and CNBC Bajar Live on-the-go!
Tags